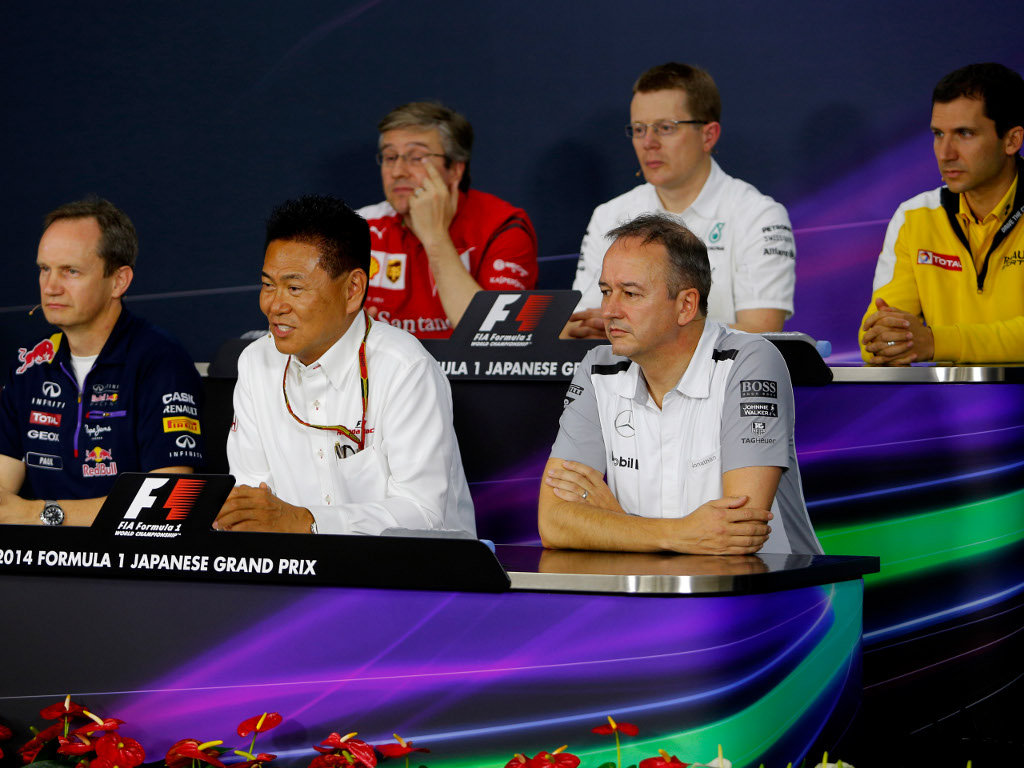 Q: Arai-san, if I can start with you please. What’s the current state of the Honda project? Is Honda on target with development?

Yasuhisa ARAI: First of all, thank you very much to sit in centre. I am glad to be here again after Shanghai. Our progress is right now almost on schedule and I hope that in the year 2015, March we will make [a good start] together with our partner, get a good start on the grid.

Q: Would you like to run the power unit in a McLaren before the end of the year? Is that feasible? Are you allowed to do that?

YA: Everyone asks this to me! McLaren and Honda work together to design and create an experimental test vehicle to check the power unit system but unfortunately we don’t have an actual test plan but I hope if possible we will drive just before next season.

Q: You can’t say any more than “just before next season”?

YA: Just before next season. End of the season and next season, during that time. That’s my hope.

Q: What lessons have you learned from the efforts from the other power unit manufacturers? Are there particular areas that you’ve noticed they’ve had troubled with?

YA: I’ve learned very small things because most of the data we don’t know. So, very difficult to learn on the track.

Q: You’ve seen the failures that they have had. Are there particular areas you have concentrated on?

Jonathan NEALE: If I may, just to help my partner here, as Arai-san says it’s very difficult at arm’s length to focus on any particular area. Honda and McLaren have a lot of work to do together in a short period of time and I’m sure if you were to ask – I don’t want to put words in the mouth of either Andy or R