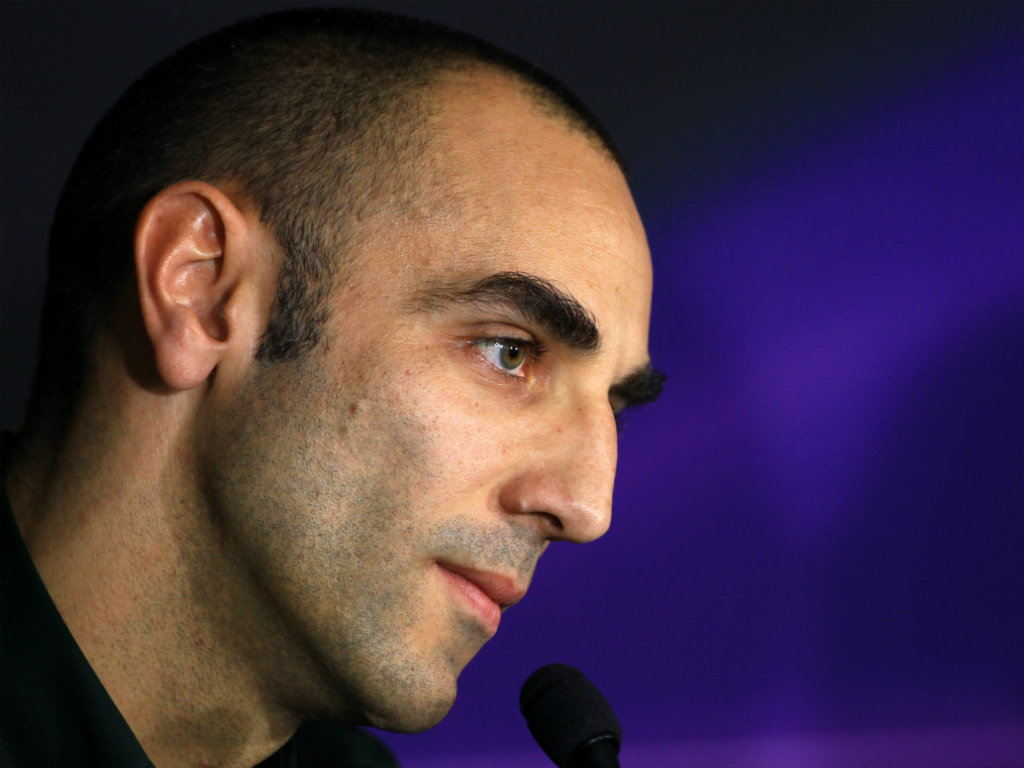 Q: Good afternoon everyone. Cyril, can I start with you? In a way it’s been a quiet season for you so far, there doesn’t seem to have been any forward movement. What’s been going on behind the scenes?

Cyril Abiteboul: Come to the factory and you’ll see that a lot is happening! We’re continuing with our plan. We said quite early that we would have a bit of a particular season because we started with a hybrid car, which was based mainly on last year’s car and obviously we have been carrying on with that programme, so we have seen new upgrades almost every race since Bahrain. That is quite aggressive, I have to say, maybe a bit ambitious also, because we also keep an eye on 2014. Sometimes what we are bringing is working and is delivering. Sometimes it’s not working exactly as we want. Also as we are a young team we have to learn about controlling so many upgrades and that maybe some things, thinking about it… maybe we are sometimes a bit too audacious in what we are bringing on track. But we are coping with it, that’s exciting, that’s also keeping the motivation high in the garage and at the factory, which is always a challenge when you are at the back of the grid.

Q: There has been some doubt, maybe completely fictional, about Giedo van der Garde’s seat within the team. Heikki Kovalainen has been mentioned. One wonders whether Alexander Rossi will ever get a seat for the United States Grand Prix. Can you tell us the situation there amongst with your drivers?

CA: This is the first time I’m answering this. I think the situation is quite straightforward. Apart from the fact that we have young drivers in the seats and a reserve driver who is more experienced, I think our structure is quite clear. Having said that, it’s true that the two drivers we have are two young drivers, one has a bit more experience than the other. One has some challenges with tyres, obviously Giedo, and we have to see how the changes to the tyres this weekend are affecting him but also how the upgrades to the car are affecting his challenge. But just like everyone, he’s being challenged, just like I am challenged on a daily basis by our shareholder. So like everyone, he has to deliver but he has no particular pressure, no more pressure than any other driver on the grid.

Q: John if I can come to you. Interesting announcement that you are going to be using the Ferrari powerplant in the future. It must, first of all, be a big investment to use that but at the same time a saving as well as you have all the transmission too?

John Booth: It’s a saving on effort. We’re very happy with our position with Scuderia Ferrari. It too a long time negotiating but very happy for the whole team to announce it a couple of weeks ago.

Q: Where does that fit, first of all, with Jules Bianchi, because of course he’s a Ferrari young driver and secondly, with McLaren, with whom you have a partnership.

JB: First of all, with Jules, he is a Ferrari young driver but the two deals are totally separate. The powertrain deal has no bearing on Jules’ future at all.

Q: And with McLaren?

JB: Two totally separate contracts. Ferrari’s contract is purely powertrain and then the other one with our other partners McLaren covers separate areas altogether.

Q: So it will work quite well?

Q: Toto, we’re half way through the season now, what marks out of ten would you give the team’s performance in the first half of the season and what can you still achieve in 2013?

Toto Wolff: Well, I think the team has made a great step forward from the second half of last season. If you would have told us we’re going to score two wins and a couple of pole positions, we would have taken it, so the score would have been an eight probably.

Q: So what can still be achieved?

TW: Obviously we have many challenges to overcome. Our car is still a bit of a difficult one in hot conditions, what we are going to expect here on Sunday. This is something we must analyse, also in terms of making it work next year.

Q: The way the driver pairing has worked with Lewis Hamilton and Nico Rosberg has surprised quite a few people. What’s it like to work with them? It was amusing to hear Lewis saying here yesterday that Nico’s considerably more competitive than he was when they were in karting together.

TW: It’s great, because we have a really good team spirit. Although they are very competitive with each other, they know each other for a long time. They have two completely different ways of working and being competitive, driving the car, analysing. Within the team we have just a great contentment working with the two of them.

Q: Claire, coming to you: interesting new re-organisation on the technical side. Can you give us some background as to why it happened and how it came about?

Claire Williams: I think it’s been obvious to everybody that the performance of the team hasn’t been where we wanted. At the end of 2012 we thought we’d made a step forward with our performance that clearly when we came to Australia this year that wasn’t the case. In order to move forward and to get to where we want to be we needed to make changes on the technical side of the business. We needed to make those changes and obviously Pat Symonds coming on board as our new chief technical officer is part of that step but it’s only the first of a number of good news announcement we’ll be announcing in the near term.

Q: What does that mean for next year’s car? Has that already been started, does Pat go straight onto that?

CW: No, Pat will divide his time between trying to make improvements to this year’s car but then working on the 2014 car as well.

Q: So this year’s car will still be developed?

CW: It will be. We’re Williams – we wouldn’t stop developing a car mid-way through the season.

Q: Franz, first of all, testing performance at Silverstone: what was your feeling about that?

Franz Tost: Good. We had, I must say, two very good days with Ricciardo and with Sainz in the car. The third day we struggled a little bit because we had a hydraulic problem and therefore we lost two hours but I must say also Kvyat did a good job and generally speaking the young drivers from Red Bull were surprising fast and I think they were high-skilled and will have a successful future.

Q: What’s your feeling for next year with your drivers? Are you being prepared to lose one of them?

FT: We will see. It’s not decided yet from Red Bull but we must not forget Dietrich Mateschitz and Red Bull bought Minardi in those days to give young drivers from the Red Bull