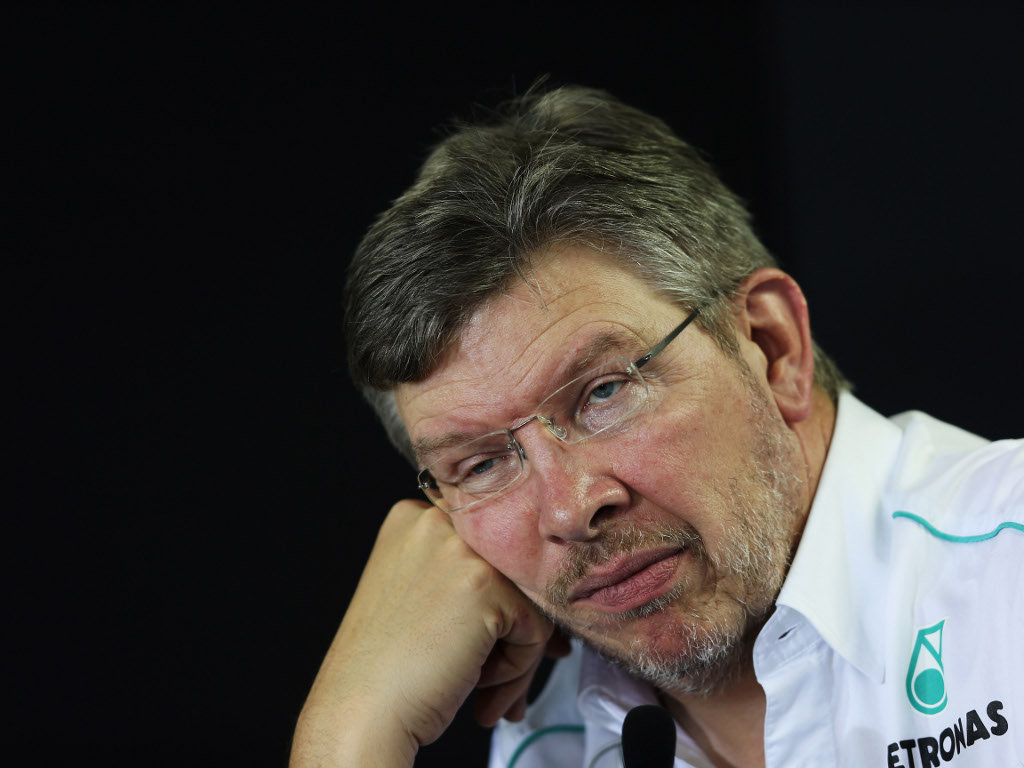 Q: Gentlemen, a general question about the International Tribunal. It’s the first time it’s been used in Formula One. What did you think about it and what about the outcome? First of all, Eric.

Eric Boullier: I think the system went quite well I think. All the judges and the way it was working went quite smoothly and as far as I understand the process was fine.

Graeme Lowdon: As Eric says, the process itself, it’s the first time we’ve seen it in action and from what we could see it was a pretty fair and transparent process. We were happy to see the outcome in terms of how the Tribunal saw it. I can’t really comment on the penalty that they suggested as I think that is entirely down to the Tribunal but the thing we could probably do with a bit more clarity on, is that the Tribunal referred to the mitigating circumstances in choosing the penalty and we couldn’t really see very many. The mitigating circumstances didn’t look terribly mitigating. Perhaps that’s something that will come over time with the process.

Martin Whitmarsh: I haven’t got much to add really. We didn’t take an active role. I know some of my colleagues here were there, they saw it. I think it’s clearly an independent process and that’s a good thing. In regards to this particular case I think others are better equipped to comment on it.

Q: Ross, obviously you were involved – your thoughts?

Ross Brawn: Very involved yes. I think rightly or wrongly there has been criticism in the past of the process and I think what the FIA has done, particularly with the president of the FIA, is put in place a process which I don’t believe there can be any criticism of it in that respect. It’s an independent tribunal. People may always have their opinions about the opinions of the Tribunal but I think the process itself can’t be criticised. This is the first time we’ve seen it in action and I think we can have confidence in the future that at least it will be independent. My understanding was that the selection of the judges was completely independent, coming from a potential panel of 12, people who obviously have some knowledge of sport, particularly motor sport and they judged the case on the facts and did what they felt was appropriate. We can have opinions about the outcome of the case but I think the process is very encouraging for the future and one that should give teams in Formula One or teams in motor sport confidence.

Q: Christian, your thoughts on the process and the outcome?

Christian Horner: I think the process was fine. It was the first time it happened. I think that the relevant parties made their case and that the judges did a good in running the Tribunal and had all the facts placed in front of them. The verdict they reached was, I think, the right one. The penalty they applied? I have to be a bit careful because he’s bigger than I am, sitting next to me! Possibly it was a bit soft but, you know, it was a fair process and it was certainly interesting to see how it panned out. I think the biggest thing to come out of it is clarity. We need to know what the rules are – whether you can test a 2011 car for more than a 1000km or whether you can test a 2013 car etc, etc. The big thing for us moving on from the Tribunal is to get absolute clarity for the remainder of this year and moving forward as to what constitutes testing and what does not.

Q: Ross, I’ll give you the chance to come back on that. Christian says it was a bit soft. It was the penalty your QC suggested at the end of the proceedings, so do you see it that way.

RB: No, I’m bound to disagree with Christian.

Q: I’m sure there’ll be more on this later. Returning to Eric then, a new consortium since we were last all together has come in and bought a shareholding in your team, a 35 percent shareholding. Why this moment and why are they the right investor?

EB: Why this moment? I think it’s just because the opportunity came up. As Genii Capital said a long time ago they are picking the right partner to join the team. We were the only team in terms of structuring only one owner. They were thinking for the right partner and once they found it I guessed they signed it and I guess this is the timing.

Q: Obviously with Mark Webber announcing his retirement there’s been a lot of speculation suggesting Kimi Raikkonen your lead driver is a target for Red Bull. He says he’s out of contract at the end of this season, what do you say?

EB: I say the same, he’s out of contract, yes! It’s going to be his decision, obviously. I think yes, Red Bull is chasing Kimi and we want to Kimi. Kimi will decided what he wants to do. He will decide what’s best for him. He knows what he has with us. He gets what he could get. It’s attractive to go to Red Bull as well, but he knows what he has. Now we are just talking with him and seeking some let’s say understanding of where we go and what we are building because in terms of ownership we are new, just four years existence. I think so far he is happy with what he has.

Q: Christian, I’ll give you a chance to come back on that. Obviously you are believed to have said this morning that Raikkonen and the two Toro Rosso drivers are the likely candidates. Can you share your thoughts on Mark Webber’s announcement, the timing of it and where you go from here?

CH: Firstly, Mark has obviously chosen to announce his retirement. I think we need to recognise everything Mark has done for the team. Since joining in 2007 he’s grown with the team and all his nine victories so far and his 30-odd podiums have come in Red Bull racing cars and he’s made a significant contribution to the three Constructors’ World Championships we’ve managed to achieve and how the team has performed over the last few years. Obviously a big decision for any driver to draw a close to their career. He’s decided to do that early and therefore he’s removed himself from any speculation about next year and that puts us in a situation where we want to pick the best candidate for that role. We’re fortunate that we have the pool of talented young drivers at Toro Rosso to draw upon and we will also gauge what else is available in the marketplace. Kimi Raikkonen is a driver you would be foolish to ignore. We’re going to take our time, it’s important that we make the right decision; we don’t need to be in a rush. We’ll evaluate the options available to us and try to make the best decision we can.