Home Uncategorized From optimism to disappointment for Haryanto 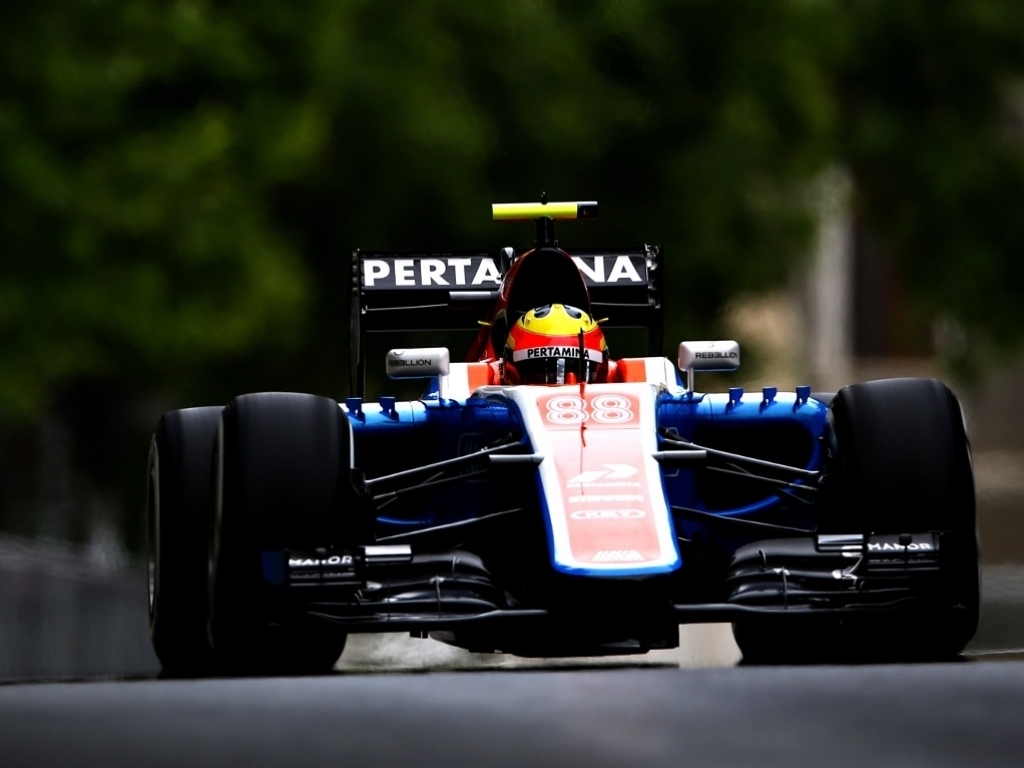 The British Grand Prix week began as one with reason to smile for Rio Haryanto, but ended in disappointment after a trip to the gravel.

Manor had a race to forget at Silverstone, with both Haryanto and his team-mate, Pascal Wehrlein, having ended their races in the gravel at Turn 1.

The two Manor drivers certainly weren’t the only ones to be caught out by the occasional wet patch after the field switched to slicks, but while many were able to continue racing, Wehrlein found himself in the barrier while Haryanto could not prevent his car from stalling despite sliding onto a service road.

The future of Indonesia’s first Formula 1 driver has been in doubt for some time now, but in the build-up to the British GP Haryanto spoke of his confidence that he would remain with Manor for the remainder of the campaign.

“I’m happy. At the moment quite confident things are going to turn out well,” the 23-year-old said last week.

“I’ve obviously been focusing a lot on doing the best job I can and getting the results I wanted,” he added. “What happens now is all down to my management, and from what I’ve been told, everything seems quite good.”

Things improved further for Haryanto when he out-qualified the much-fancied Wehrlein to level their qualifying battle at five-all. However, the Surakarta-born driver couldn’t make it count on race day.

“At the start, the track was really wet, but once the rain had stopped it started to dry a little more with each new lap,” Haryanto said of his race. “In the space of just 17 laps, we’d gone from full wet tyres to slicks.

“But it was the right call at the right time, I just hit a bit of track that was still damp and there was nothing I could do.”

He added: “Although it’s the race result that counts at the end of the day, the journey through practice and qualifying is important. We’d had a good weekend and in particular a really positive Saturday, so we have to focus on what went right and how we can use that to keep pushing forward for the next race.”

Up next is a trip to Hungary, and there are bound to be more questions raised regarding Haryanto’s future come Bucharest. Haryanto’s management and his sponsor, Pertomina, have been working hard to raise the necessary funds to keep their man in motor racing’s premier class, even running a crowd funding campaign.