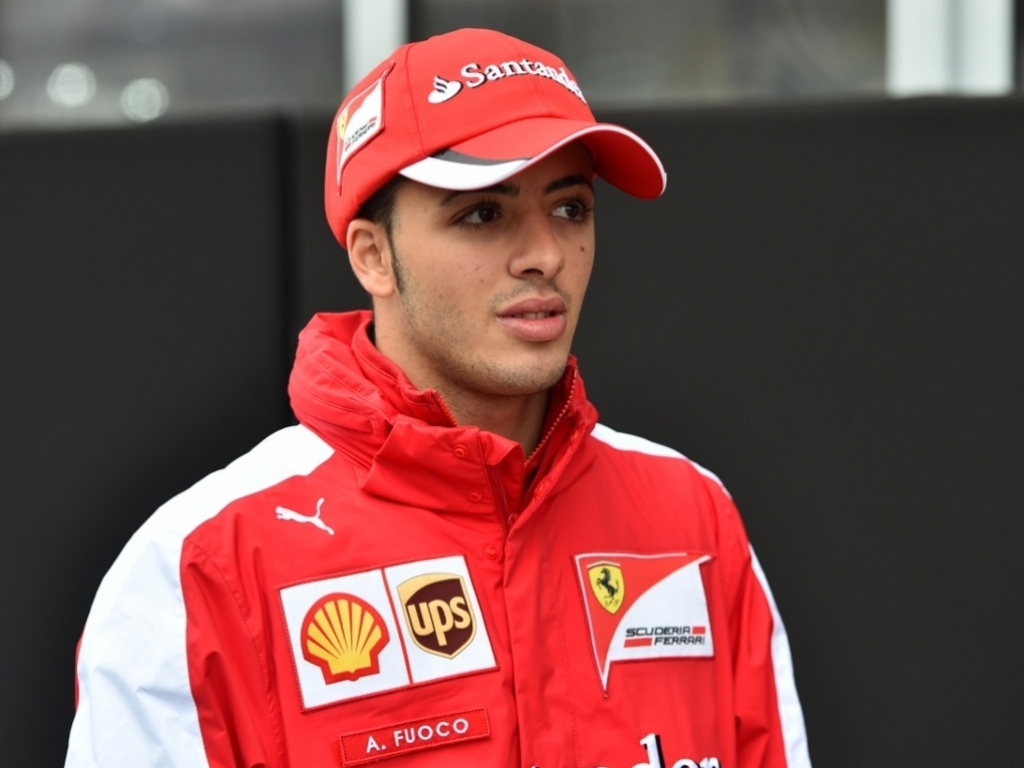 Antonio Fuoco's test debut with Ferrari in Austria on Tuesday proved to be an emotional and dramatic one.

Heavy rain at the Red Bull Ring meant the Ferrari Academy Driver had to wait until the afternoon session to really get going on the opening day of the in-season test.

However, once the track went green the 19-year-old was able to complete 71 laps with a best time of 1:11.331, but his session came to a premature end when he crashed the SF15-T.

"It was a great emotion to fulfil the childhood dream of testing a Ferrari Formula 1 car but now I want more," Fuoco said.

"The mistake had nothing to do with the car being difficult to drive. I was immediately comfortable with the car, from the first few runs.

"I also found the faster I was going, the extra downforce was making the car more comfortable to drive.

"Of course I'm not happy with my mistake, but I also know these things happen."

The Italian, who is racing in the GP3 Series with Carlin this year, also held up his hand after his error led to him putting the car into the barriers.

"Unfortunately I made a mistake into Turn 1," he said. "I lost the rear of the car and was unable to catch it again, so I hit the tyre wall.

"In another corner it might have been possible to catch the car, but this experience will help me the next time I'll be in the car.

"Until then I think I did a good job. I was pushing harder every time I went out."