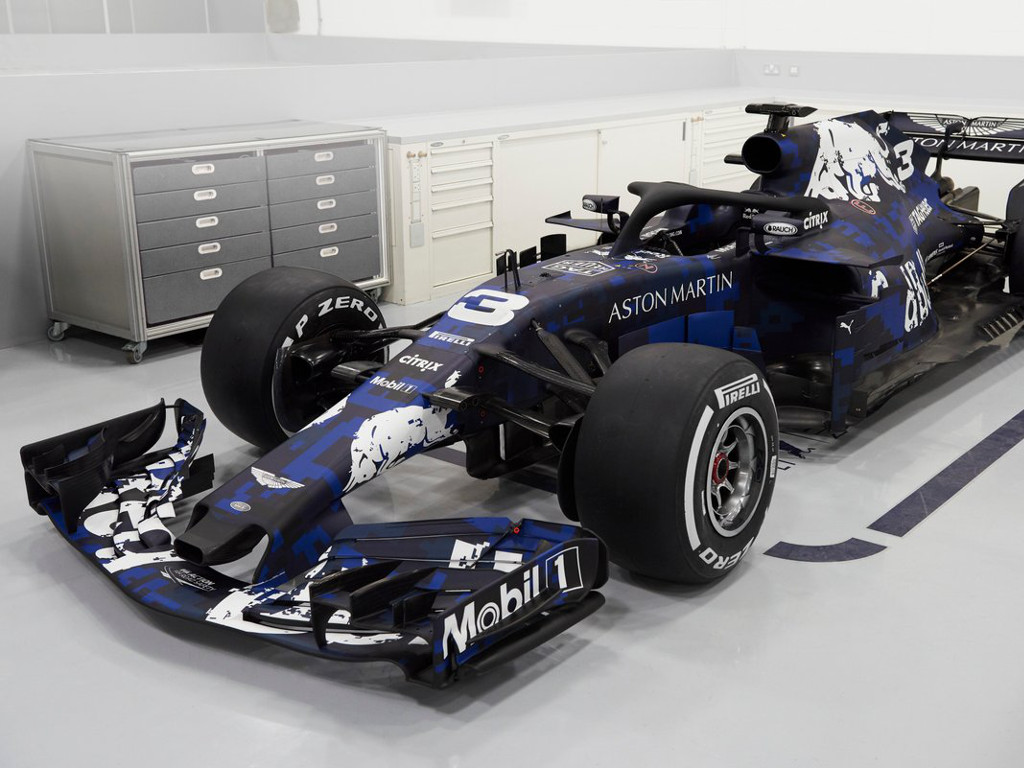 The Aston Martin Red Bull Racing RB14, phew, broke covers on Monday ahead of a day of filming at the Silverstone circuit and featured an interim livery.

Red Bull unveiled their 2018 car online with the most notable difference being the colour scheme as they’ve opted for a blue-and-black camo livery.

That, though, is a “special edition” with Red Bull expected to change the livery prior to the opening grand prix in Australia. 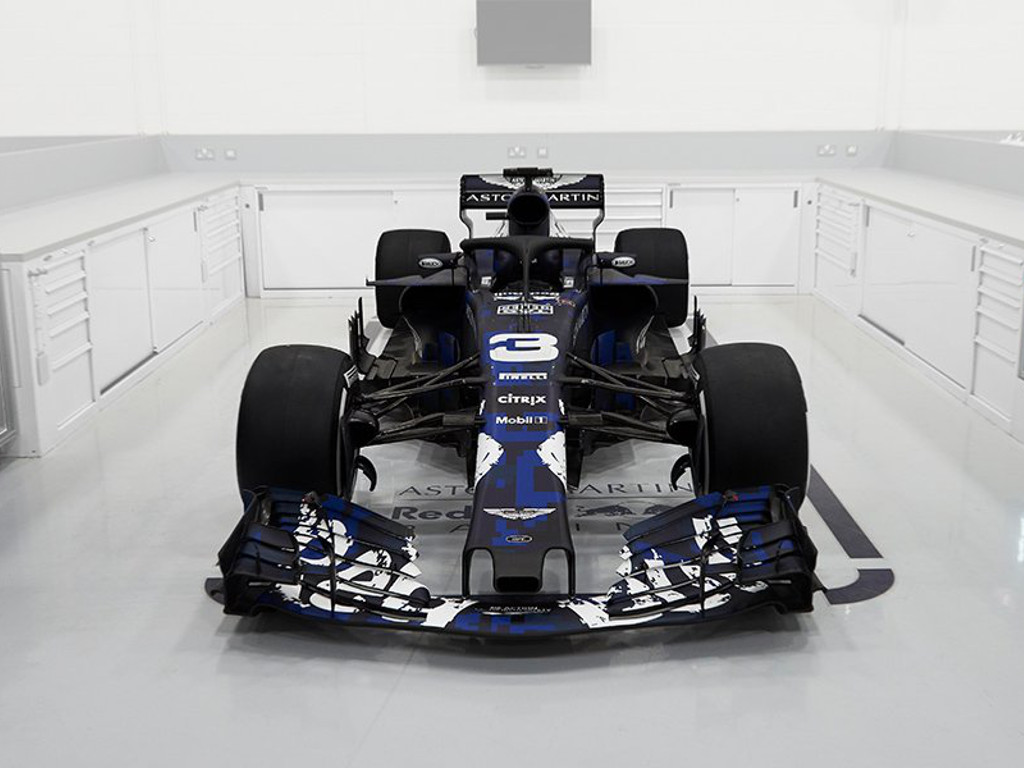 On a closer look, the car features some interesting details around the sidepods and rear wing while last year’s shark fins, monkey seats and T-wings are gone. 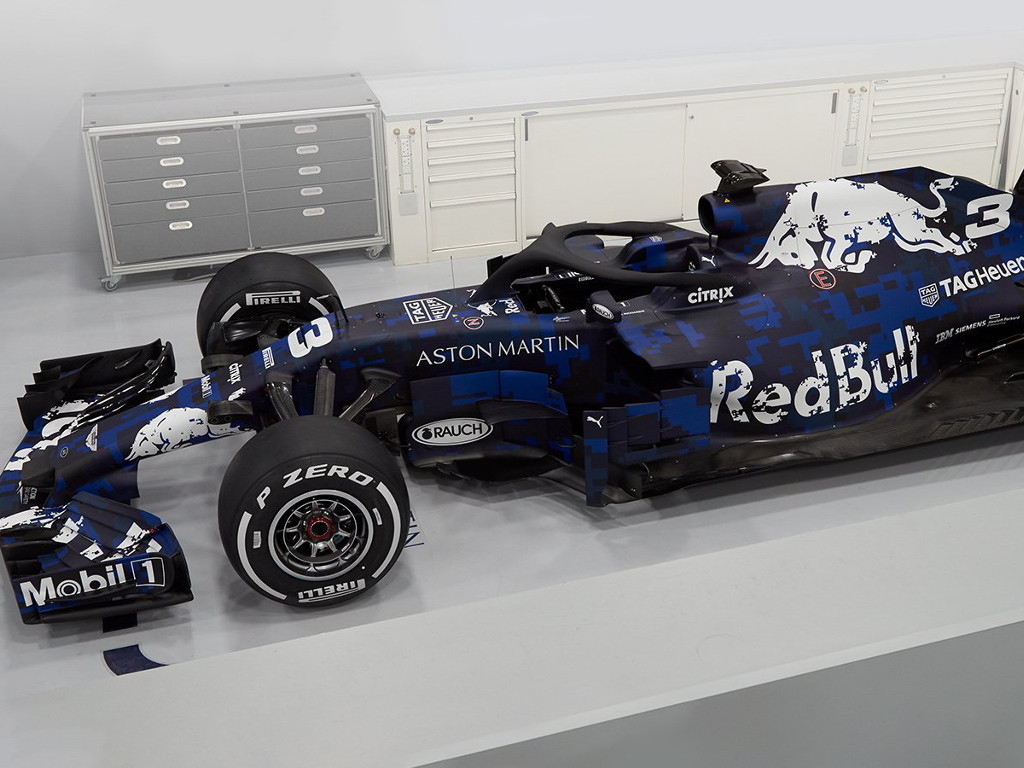 And, like its rivals, the RB14 is adorned with the Halo as the cockpit protection device has become mandatory in Formula 1. 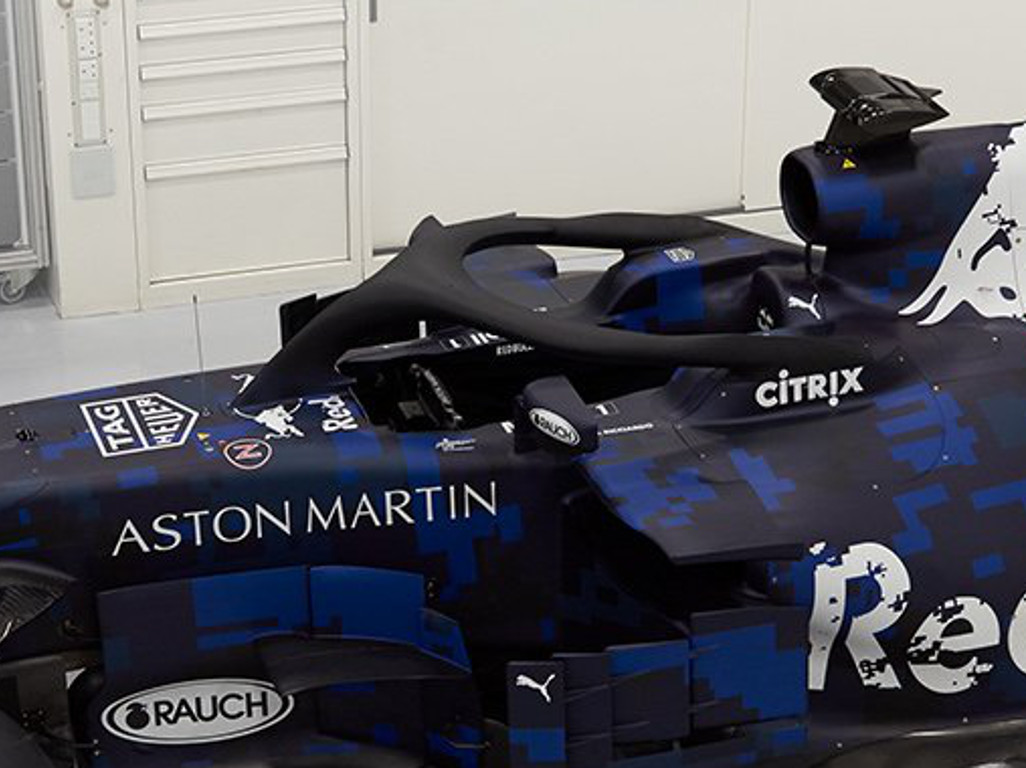