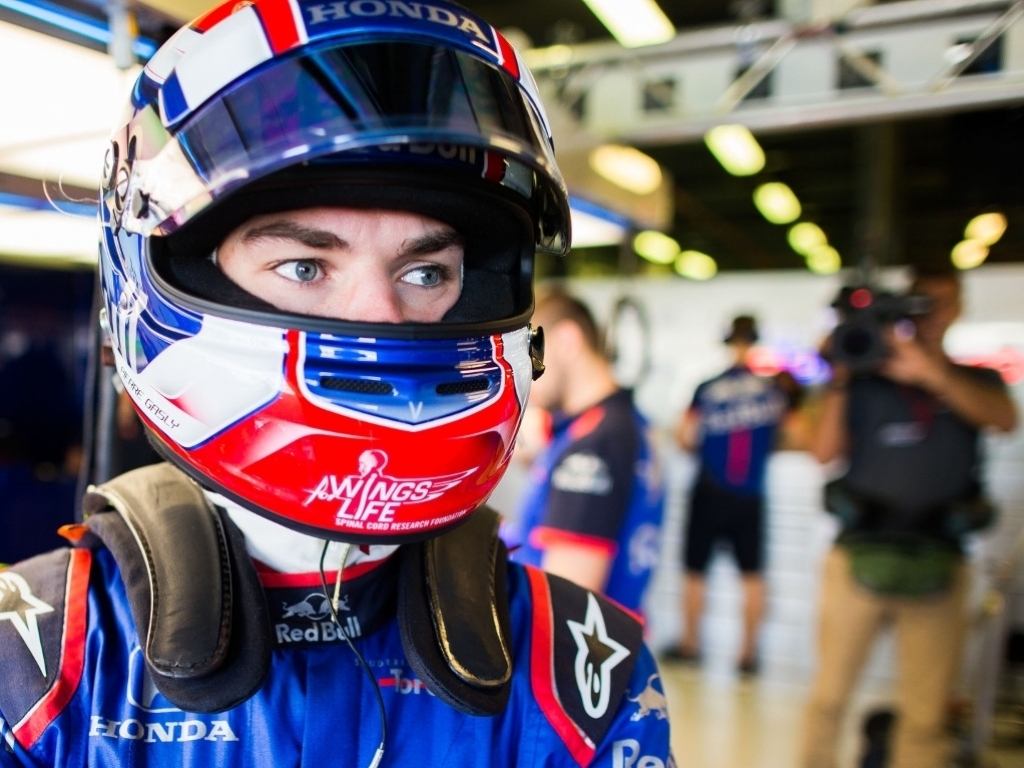 Pierre Gasly was arguably the happiest man in the Bahrain paddock on Saturday night after qualifying P6 for the race, but set to start fifth.

The Toro Rosso driver made it into Q3 for the first time in his fledgling Formula 1 career under the lights on Saturday.

Putting his Honda upgrade to good use, he clocked a 1:29.329 to finish qualifying sixth fastest.

The Frenchman, though, will start P5 given Lewis Hamilton’s penalty.

“We didn’t expect it to be fair,” Gasly told Sky Sports.

“The car was fantastic since the beginning of the weekend, we saw that we had some good potential but to be P6 in qualifying is just amazing!

“I’m really happy, I think we just need to go through the data why we’re that fast actually, because we had small upgrades on the car but they seem to work much better than expected.”

And Gasly reckons he can score the team’s first points of 2018 come Sunday’s Bahrain race.

“In terms of pace in the long runs, we seem to be okay in terms of degradation,” he said.

“We know it’s usually a bit tougher for us in the race with energy management and everything but the car seems to work fantastically this weekend.

“I think we have a great opportunity to score our first points, I really hope we can make it happen tomorrow.”