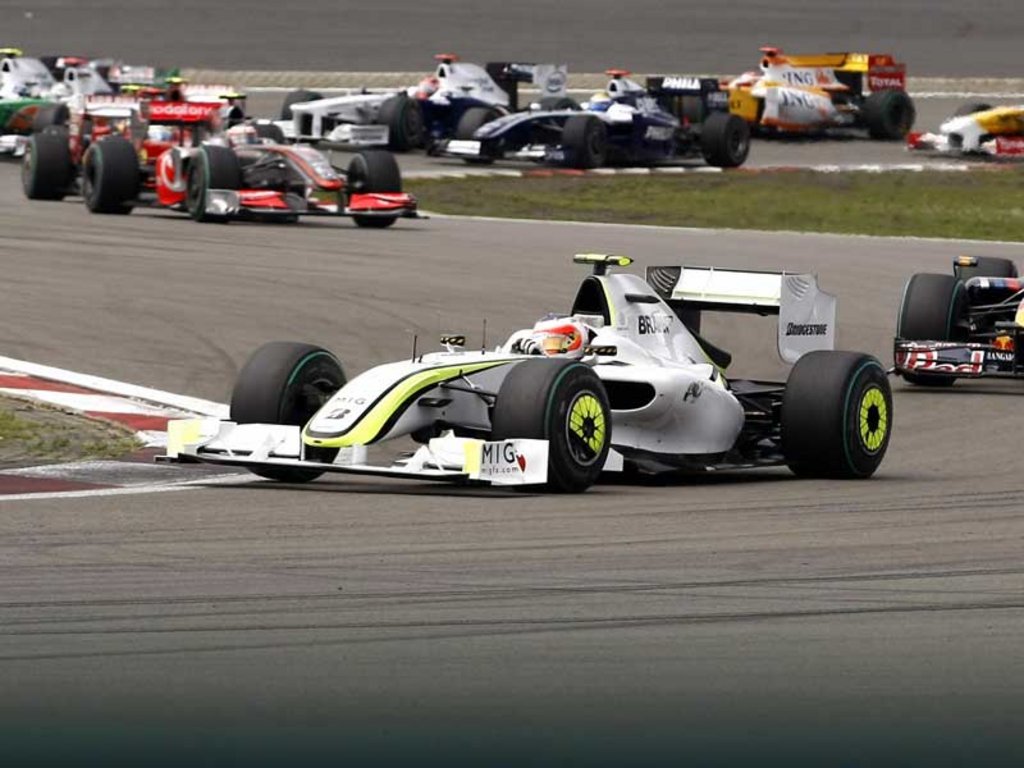 Can Ferrari keep their hard-won advantage for the Nurburgring, will Mark Webber behave himself and will it stay dry…?

The Hermann Tilke-tweaked Nurburgring has rarely been short of action in the past. So given the array of changes we’ve had in the 2011 season it’s unlikely to come up short in the overtaking stakes for this weekend’s German Grand Prix.

The last time we were here was 2009 and there was no whiff of an M. Schumacher comeback. This year the almost-local lad will be back behind the wheel and many Schumi flags will be waving and those airhorns blasting (and that’s just Michelle Foster’s desk – imagine what it’s going to be like at the circuit!).

Michael will be hoping for an incident free race keeping his front wing intact, having lost it in Turkey, Valencia and Britain. He will certainly have lots of track experience to count on. Pirelli’s Paul Hembery describes it as: “One of the most technical circuits we face all year, with a lot of lateral energy going through the tyres”. Which makes strategy, as ever, very important.

Pirelli have opted to go for their Medium and Soft tyre for this race, which sounds pretty safe and boring but Pirelli disagree. “Although they sit next to each other in our range, there is still a significant difference between the P Zero Yellow soft and the P Zero White medium tyre,” said Hembery, “as we saw on the last occasion that this combination was used at the Grand Prix of Europe in Valencia.”

Pirelli expect most teams to adopt a two-stop strategy – so for Sergio Perez that means one. On Friday, the teams will be evaluating a new version of the Yellow-walled soft tyre which doesn’t degrade quite so quickly. Presumably the idea of making that harder is that they can run it in conjunction with the Hard tyre or make it more distinct from the SuperSoft.

Ferrari come into the race with their spirits high following an emphatic Silverstone victory. At the Nurburgring we are likely to see how much of that was down to the ban on off-throttle blowing, which are allowed again. If they can stay ahead of Red Bull at the German circuit then the chase is most certainly on.

Fernando Alonso was in imperious form at the British GP, never more impressive than when he’s being calm and letting the race come to him – the mark of a multiple World Champion. Team-mate Felipe Massa will be trying desperately hard to outqualify him for the first time this year. Although Felipe has outstarted him on quite a few occasions, there must be some pressure building in the team. It was announced last year that Massa would have a contract up until 2012, so why is Luca Montezemolo coming out and saying that he sees Felipe in his seat in 2012? We knew…

The Red Bull boys had a go at passing each other at Silverstone, which was a stirring sight indeed. The unflappable Sebastian Vettel took it all in his stride. Grilled by some ‘bad-boy’ journos in the press conference after the race Seb kept his cool: “As Mark said, he stayed flat out and tried to race me, as hard as he could, didn’t find his way past. To me, at this stage it’s quite amusing.”

The perfect response. It’s also quite amusing for us because you can see the blood drain from Christian Horner’s face when Mark does it. But the reality of it is that neither Webber and Vettel are that brilliant at overtaking without jeopardizing their car – unlike Button and Alonso who are probably the best. Whatever the case, team orders are no longer verboten and Webber’s so far behind, you wouldn’t blame Red Bull for moving him out of the way, or Ferrari for moving Massa out of the way at this German GP.

There’s a lot of puff and thunder coming from Nick Heidfeld and Vitaly (one of Russia’s ten sexiest men) Petrov about how much the Renault team need to improve the car to compete against Mercedes. At this race they are scheduled to try a new un-radical exhaust system alongside their old radical one in Friday practice. What’s the betting that it’s damp and Vitaly (although meerkats took the first three places) Petrov had it into the wall on the fourth corner…

Focusing on the back of the grid (for once), the arrival of Daniel Ricciardo has spiced things up in the last six places. Fernando Alonso had a season with Minardi at the beginning of his career and this is Ricciardo’s apprenticeship. Whereas Narain Karthikeyan was not expected to beat Tonio, Ricciardo really needs to by the end of the season. In fact how soon he does it will also be a good indicator. (Schumi stepped into an F1 car and beat his team-mate immediately, but in those days the technology hike between F3000/World Sportscars and F1 wasn’t so great)

After an early season wobble Timo Glock has bounced back and it’s very much the trio of Kovalainen, Glock and Liuzzi bossing their teams. With the arrival of Ricciardo this could change. Not as much as the HRT beating Lotus, but it’ll inject a lot more interest into what’s happening with the newbies.

With weather conditions in Northern Europe unsettled as we head into the GP weekend, this could easily be a race or qualifying session run in mixed conditions. In 2007 we saw the amazing sight of Lewis Hamilton being craned back onto the track still in his car after a downpour produced a skidpan at the end of the straight and Hamilton shot into the gravel. Let’s hope Lewis sent him a crate of Weissbier – he may still be on duty down at Turn 1…