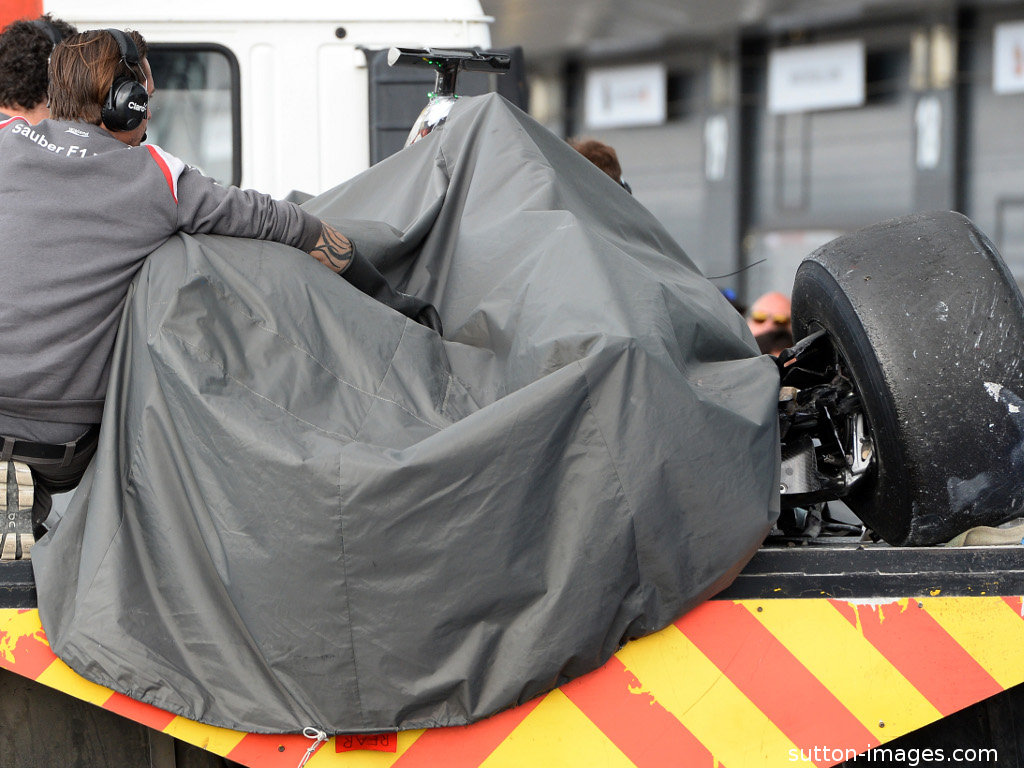 Giedo van der Garde says he is “fine” having suffered one of his “biggest” crashes to bring an early end to Wednesday’s testing at Silverstone.

The Sauber test driver was behind the wheel of the C33 at the British track when, late in the day, he crashed at Copse Corner.

Losing the rear of the car, the Dutchman crashed heavily into the guardrail.

The damage to the barrier resulted in the session being red flagged while van der Garde was taken to the track’s medical centre as a precautionary measure.

“This is really one of the biggest crashes I’ve had,” he told Autosport.

“All the [G-sensor] lights went on on the car so I had to go to the medical centre. They checked everything and I am fine.

“It was really strange with the crosswinds. The wind picked up in the afternoon and as I came out of the corner I had a little snap and caught it, but then suddenly it went the other way.

“I lost it completely and I went into the barrier on the outside. It was broken, so that’s why they could not restart the session.”

It was a disappointing end to what had been a productive day.

Van der Garde completed 84 laps, posting a fastest time of a 1:36.327, which put him fourth on the timesheets.

“It [the crash] was a pity because we were going quite well.

“This afternoon we had a different programme because of what is happening with the [FRIC] ban so we had to try a different philosophy.

“The team was quite happy but today was not easy because of the wind.”