Home Uncategorized Giovinazzi: I found the limit, but too much 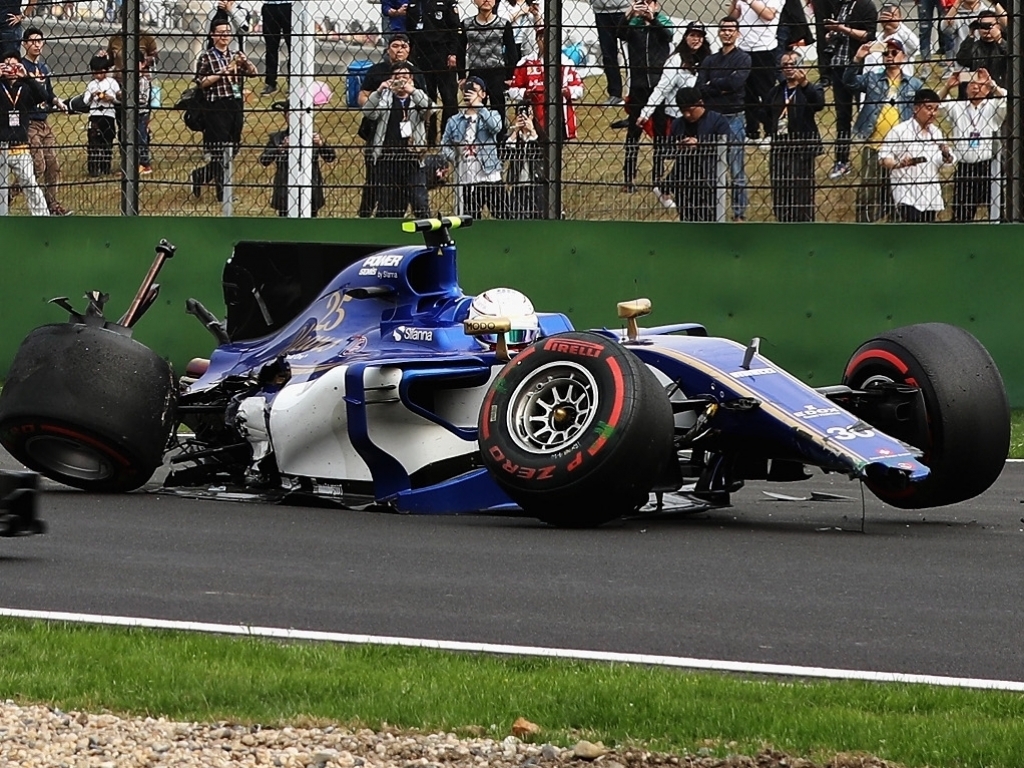 Crashing out of qualifying for the Chinese Grand Prix, Antonio Giovinazzi admits he was on the limit, “too much on the limit.”

The Sauber substitute crashed at the end of Q1 on Saturday.

He lost the back end of his C36 at the final corner at the Shanghai circuit after touching the grass.

Giovinazzi, who went to the track’s medical centre in the wake of the crash, escaped unhurt.

“Yeah all good,” he told Sky Sports F1 when asked if he was okay.

“Just want to say sorry to the guys.

“I was on the limit and I touched the grass at the exit to the last corner.

“I was up on my time but this is racing.

“Hopefully tomorrow will be a better day.”

He added: “I just found the limit, too much on the limit, and when I touched the grass with the rear tyres I lost the rear end.”