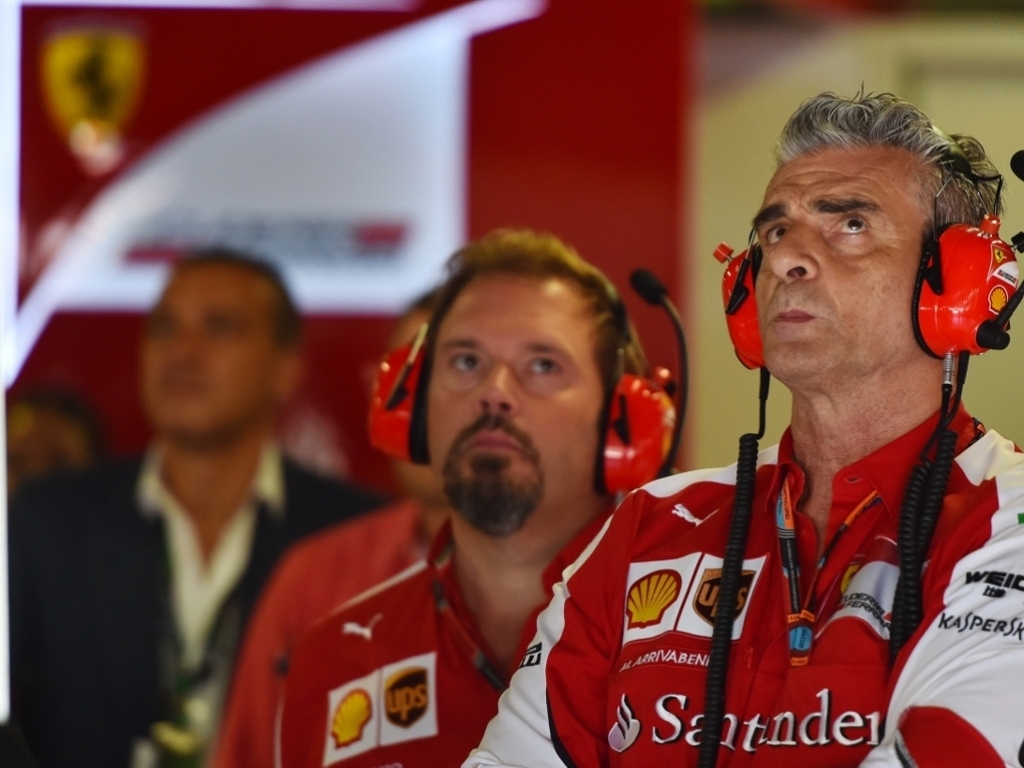 Although he is happy with Ferrari's overall performance at the Italian GP, Maurizio Arrivabene admits the weekend could've been a lot better if Kimi Raikkonen didn't "mess up a bit".

Ferrari secured their best grid positions of the 2015 campaign as Raikkonen was second fastest behind Lewis Hamilton on Saturday while Sebastian Vettel started the team's home race at Monza in P3.

However, Raikkonen found himself at the back of the field going into Turn 1 on the opening lap after a nightmare start, which he later blamed on a problem with his clutch.

The Finn recovered and went on to finish P5 while Vettel took the chequered flag in second place.

"This time I see the glass half full," Arrivabene said. "Sebastian's race to second place was unbelievable. His contribution to the team so far has been outstanding.

"As for Kimi, he had a great qualifying, then maybe he messed up a bit at the start of the race. But afterwards he was able to pass a lot of cars on the track with a fantastic race.

"Ideally, we would have hoped for two good starts, but we’re happy anyway with this weekend. We came here investing a few tokens on our power unit and we’re satisfied with our gain, also in terms of reliability.

"In the forthcoming races, the gap to our main competitors will depend much on the kind of track. We will keep on working with humility and determination to the end of the season, trying to jump on every opportunity."