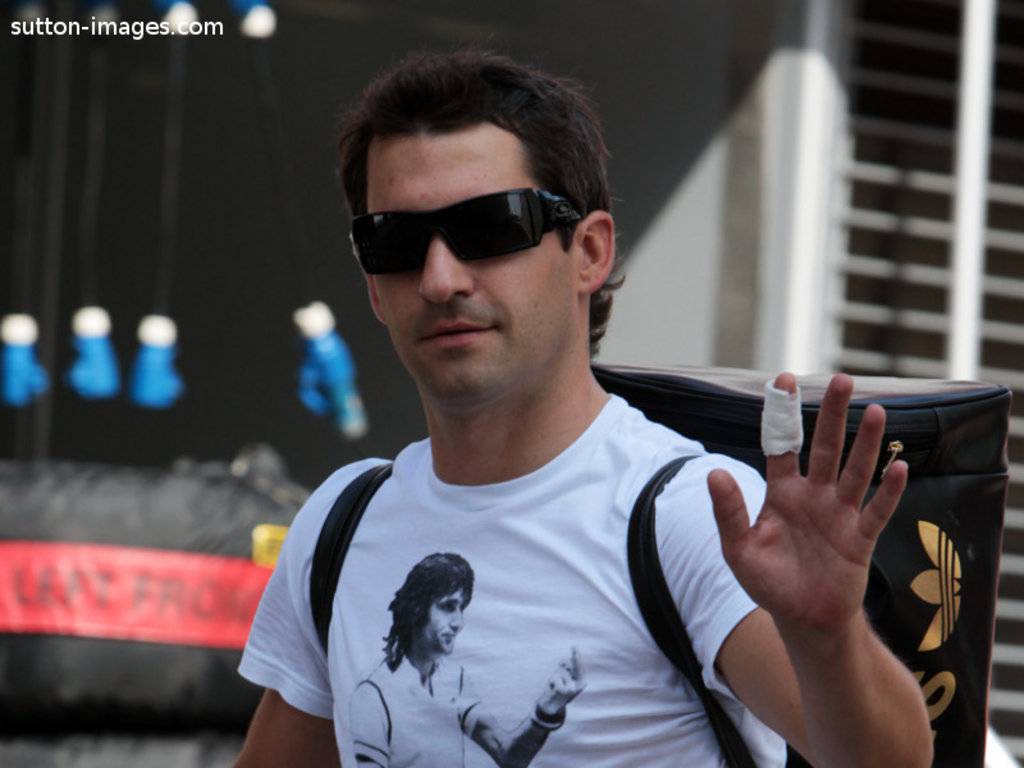 Timo Glock reckons if he was in a Red Bull racer, he could match Sebastian Vettel’s performances…

Timo Glock reckons if he was in a Red Bull racer, he could match Sebastian Vettel’s performances.

Glock, who raced for Toyota before joining newcomers Virgin Racing, has spent the last two seasons lapping the back of the field.

In contrast, Vettel has spent the same period of time, racing at the front and winning World titles.

However, Glock believes just because he’s at the back of the pack that doesn’t mean he’s not as good as the one of the very front.

“I know I’m just as good as Seb,” he told Kolner Express. “If we were both sitting in a Red Bull, only the form of the day would make the difference.”

The German also insisted that he’s at motivated as ever despite fighting for the “wooden spoon” instead of World Championship points.

“It’s quite funny,” he said. “I recently sat with an old Toyota mechanic and he asked me how I can stay motivated because we were fighting for the podium and now I’m fighting for 20th place.

“It’s simply this – when I get into the car, I’m always motivated. Even when it’s for the wooden spoon, I just fight until the last metre.”

Glock, though, is adamant that Virgin’s days of racing at the back of the pack will be over sooner rather than later.

“We now have a partnership with McLaren, which I think will bring the necessary step forward. McLaren stands for World Championship titles, victories – which shows what the goal is for our team….”