Home Uncategorized Glock: Nothing to lose 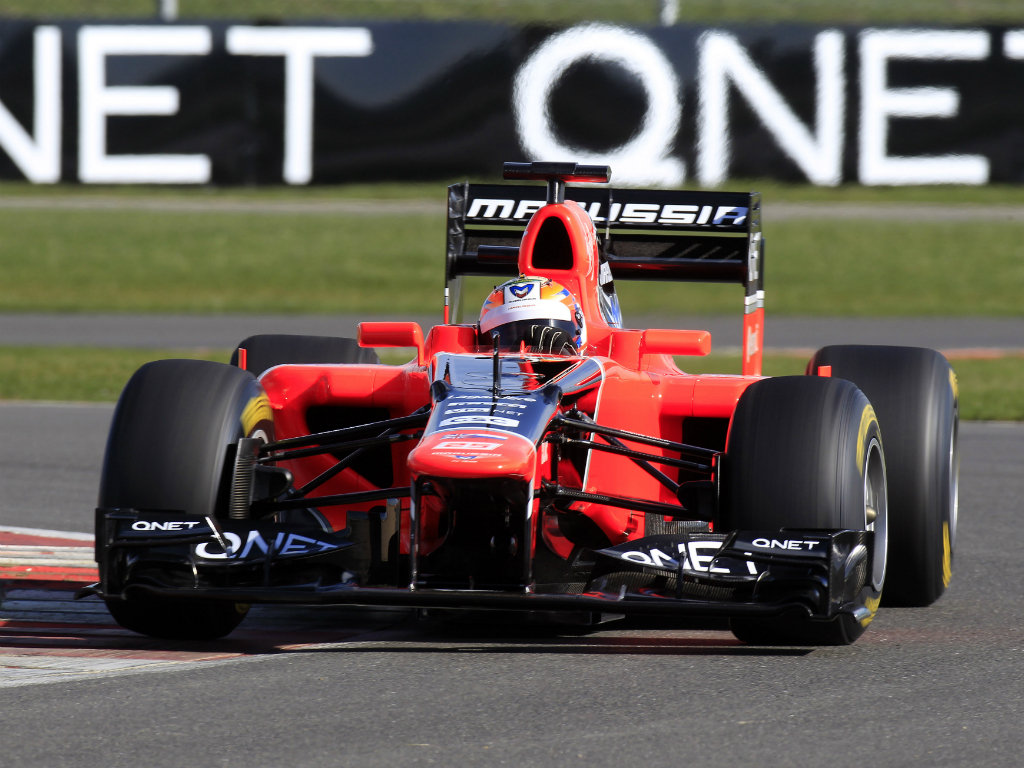 Timo Glock is confident Marussia have done everything they can away from the track to negate their lack of pre-season running in the new MR01.

Marussia was not permitted to contest the pre-season outings after their MR01 failed its mandatory crash tests as, under this year’s rules, no car may take part in testing unless it has passed all 17 tests.

This meant the team’s first run in the MR01 only took place last Monday when they put in two days of promotional filming at the Silverstone circuit.

And while the lack of running means the team will start the campaign on the back foot, Glock is refusing to let it get him down.

“I couldn’t wait to try the MR01 for the first time last Monday,” said the German. “Even though it wasn’t in representative conditions, it has been a long wait to get my hands on a car that I’m hoping will be a good step forward from the past two seasons.

“It has been a frustrating winter for sure, but you have two choices and the only thing to do was to focus on everything we could be doing off-track to make sure we were as prepared as possible for when we did run the car.

“I’ve done a lot of work in the simulator and with the team in Banbury and in terms of my personal fitness I have been training harder than ever before. Melbourne will be a bit of a voyage into the unknown but we have nothing to lose and I’m even more excited than usual to see how the car feels in Friday’s first free practice.

“Albert Park is a great track and I love going there for the first race of the season. I would rather be going there with more preparation but we will do the best we can and see where we are.”

As for his new team-mate Charles Pic, the French rookie is hoping his work in the simulator will stand him in good stead as he makes his F1 debut.

“I’m ready to go racing now. I have been working very hard physically and with the team, and mentally I am prepared,” he said.

“It is true I would have preferred to have more track time before my first grand prix but I have been working on the simulator so we will do the best we can.

“Australia will be very special for sure and I will have a lot of support around me. I’m looking forward to getting into the routine of a race weekend and continuing to build the relationship with my engineers. The team have been a great support for me so I know I can count on them.”