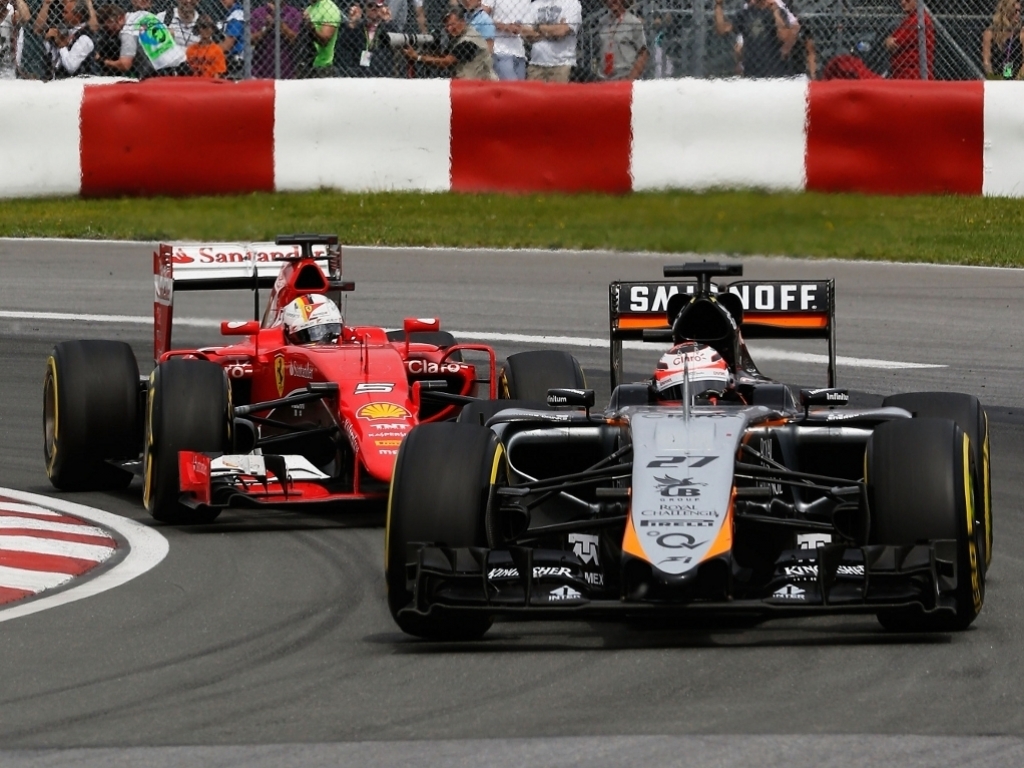 Remember when Seb Vettel's overtaking skills was questioned as he could "only lead from the front"? Yep, it was a long time ago.

Good Race
Lewis Hamilton, P1, and Mercedes, 1-2
There were seeds of doubt planted by both Lewis Hamilton and Mercedes with their pit stop gaffe in Monaco, but the Championship leader declared bullishly ahead of the Canadian GP that "I've moved on, I don't even have to think about it now, I'm literally moving on and I couldn't care less about it".

That is usually easier said than done, but the Hamilton and Merc juggernaut was at its best in Montreal this weekend. Maybe not its "very best" after their questionable decision to send both drivers out in the wet on Friday, but it was right up there. Two P1s in practice, pole position and the race victory for Hamilton.

Even their pit stop ran like clockwork with Hamilton stationary for just 2.8s and he was in cruise control for most of the race with Nico Rosberg slotting in behind him to give Merc their fourth 1-2 of the season.

Williams (Valtteri Bottas, P3, Felipe Massa, P6)
After their woeful display in Monaco, there was pressure on Williams to deliver at Circuit Gilles Villeneuve, and they duly did. Valtteri Bottas secured the team's first podium of 2015 after a relatively quiet race. He made the most of Kimi Raikkonen's spin and then settled behind the two Mercedes cars as he never had a chance of catching them.

Further down the track Felipe Massa rolled back the years as he charged up the field with some brilliant moves, including the pass of the day on Marcus Ericsson, and he had a good strategy to back him up. The Brazilian, Max Verstappen, Jenson Button and the two Manor cars were the only ones to start on the soft tyres and the Williams driver made good use of them as he went for a 37-lap opening stint, which ultimately paved the way for him to finish P6.

Sebastian Vettel, P5
Remember that time when Sebastian Vettel's overtaking skills came under scrutiny because he could "only lead from the front in his powerful Red Bull car"? Seems like a long time ago now, doesn't it.

After his messy Saturday that included a Q1 exit and five-place grid penalty for overtaking under red flags, Vettel found himself at the back of the grid in P18, but he weaved some magic.

He was up to P13 inside the first six laps and instead of getting stuck behind some slower cars Ferrari called him in for an early stop, which turned out to be a slow one of 6.6s and he had to do it all over again. A few excellent overtaking moves on Fernando Alonso, Carlos Sainz, Pastor Maldonado, Romain Grosjean and Nico Hulkenberg and he was up to fifth place.

Not bad for someone whose overtaking abilities were questioned not too long ago.

Pastor Maldonado, P7
The wait is over for Pastor Maldonado as he finally broke his points duck for the 2015 campaign. It was a good weekend for Lotus in Montreal as both drivers made it into Q3, but Romain Grosjean showed just how easy it is to mess things up by tagging Will Stevens in the Manor.

Maldonado, though, stayed out of trouble and ended up seeing the chequered flag for only the second time this season.

Bad Race
Fernando Alonso, DNF, and Jenson Button, DNF
That.Was.Shocking! It is easy to see why Fernando Alonso's frustrations were bubbling over and you can't help but feel for the two McLaren drivers. The Spaniard was already going backwards at a rate of knots and then had to retire with a loss of power while Button also failed to see the chequered flag due to an exhaust issue.

Well, the good news for Alonso and Button is it that it surely can't get any worse than this. There is also plenty of hope that their upgraded packing in Austria will push them forward again, but who knows by how much.

Kimi Raikkonen, P4
Ferrari boss Maurizio Arrivabene was rightly left frustrated after Kimi Raikkonen "threw away" a podium in Montreal. The Italian felt "there are no excuses" and rightly so, especially as the Finn made the same mistake last year.

Raikkonen really needs to come up with a great performance quickly as he is running out of goodwill at Ferrari.

Romain Grosjean, P10
It had all gone so well for Romain Grosjean until he clipped the Manor of Will Stevens with about 20 laps still to go. In F1 it is moments like those that turn a race from a good one into a bad one. He was battling as high as fifth place before he tagged Stevens and was handed a five-second penalty, which was added to his time.

Although he fought back to pick up one point and apologised to the team for the mistake, Lotus will feel they threw away a decent haul of points and had an opportunity to give themselves breathing space from the likes of Sauber and Force India.

Carlos Sainz, P12
Max Verstappen has received a lot of the attention at Toro Rosso so far this season and Carlos Sainz admitted that he has been "overlooked", but added that he "doesn't really care" as he just wants to impress his bosses.

With Verstappen starting at the back of the grid, Sainz had the chance to impress and steal the spotlight as he was much further up the track in P11. However, he had an uneventful race, slipped down the order and was nowhere to be seen.

Daniel Ricciardo, P13
Last year he won the race, this year he we barely noticed he was driving. Life can be cruel, just ask Daniel Ricciardo. Sure the Red Bull car is no longer a beast, but Daniil Kvyat managed to finish P9 after starting eighth. It's just not working for Ricciardo and Red Bull at the moment.