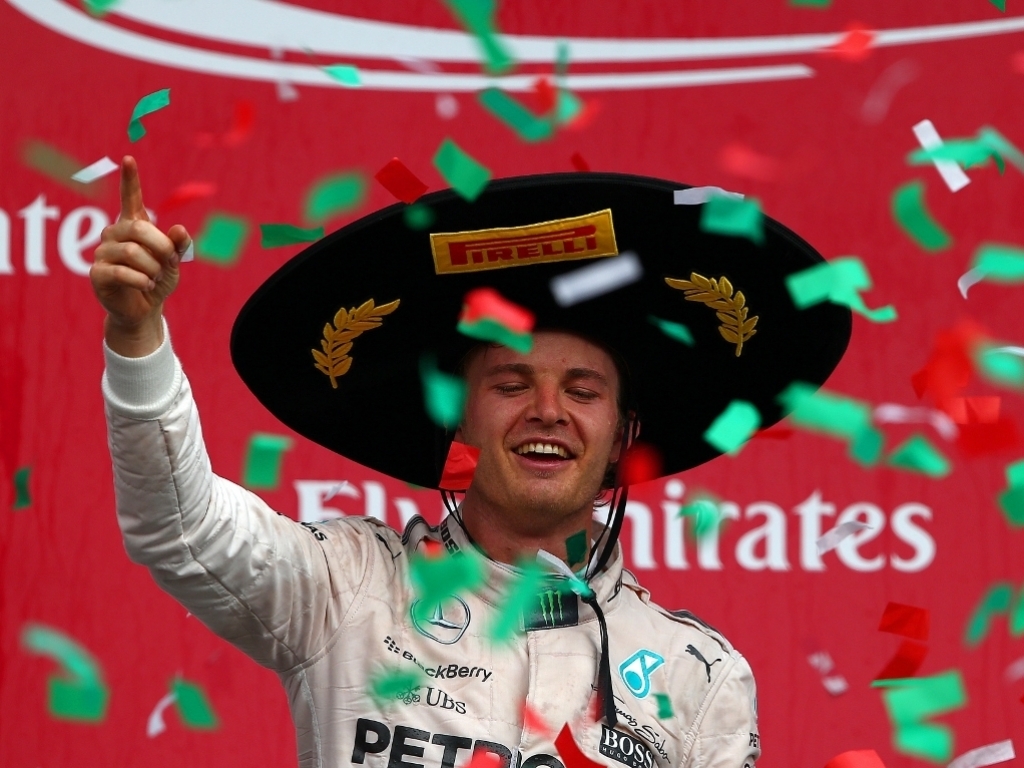 Mexico delivers on its return, doffing our hats to Nico Rosberg and more in Good Race, Bad Race

Good Race
Mexico Delivers On Its Return
Gracias México. That was great, wasn’t it? The race itself wasn’t as spectacular as last weekend’s United States Grand Prix, but the atmosphere was something else.

The people of Mexico City waited 23 years for Formula 1 to return and they delivered on each day as a total 335,850 fans packed the Autodromo Hermanos Rodriquez over the three days. Nearly 135,000 people were there for Sunday’s race, but perhaps the most impressive figure was the 90,000 fans who turned up for the Friday practice sessions.

Even the on-track action was better than a lot of other races this season.

In the build-up PF1 wondered if the race will go the way of Texas or Korea, but going by the 2015 edition it’s neither as the Mexican GP weekend as a whole could be a classic in its own right.

Let’s Doff Our Hats To Rosberg
After all the question marks over his performance in Austin, Rosberg pretty much gave the perfect response. He was fastest in two of the three practice sessions, took pole position and then won Sunday’s race.

Most people were looking to Turn 1 to see if Lewis Hamilton would squeeze him out again, but this time he gave his team-mate no space and then controlled things after that.

After a few muffled boos on the podium in Austin, to hear the crowd chant ‘Nico, Nico’ after the race must’ve been very special for the German.

Perhaps Rosberg missed a trick by not throwing a sombrero to Hamilton ahead of the podium celebrations.

Credit To Herman Tilke
Oh hear me out please. Let’s give credit where credit is due. Herman Tilke has copped a lot of flak over the years over his track designs, but he seems to have done a good job with the Autodromo Hermanos Rodriquez.

As mentioned on the BBC, the fans could see plenty of the cars at the stadium section due to the design, but at the same time it’s a catch 22 as you are unlikely to get too many overtaking opportunities there. Unless of course you are Sergio Perez and Carlos Sainz allows you through there.

There were plenty of other places for passing this weekend though while Tilke and organisers also opted to put the podium in the middle of the stadium so more people could see the celebrations up close instead of just the usual team personnel.

Daniil Kvyat Goes From Strength To Strength
Another solid display from the Russian and confirmation from Red Bull team principal Christian Horner that “he’ll be in the car next year”.

He made another excellent start to slot in ahead of Sebastian Vettel and looked set to hold off the Williams of Valtteri Bottas for the final podium position, but the late deployment of the safety car and Red Bull’s decision to put on softs put paid to that.

Bad Race
A Weekend To Forget For Ferrari
That was a bit rubbish from Scuderia as both Sebastian Vettel and Kimi Raikkonen failed to see the chequered flag. It was the team’s first double DNF since the 2006 Australian GP, which is the longest run in Formula 1.

Raikkonen’s problems started in FP3 already when his SF15-T caught fire. After starting P19 following a gearbox and engine changes, he looked set for a good afternoon as he was challenging for P6, but things came to an end after another collision with Valtteri Bottas. The Williams driver was probably chuckling underneath his helmet and felt it was payback for their Russian coming together.

Sebastian Vettel’s Horror Show
Yes, Vettel deserves his own entry as his messy race was no doubt his worst for Ferrari and it could easily also be his worst display in F1.

Beaten off the line by Daniil Kvyat, contact with Daniel Ricciardo at Turn 1, a spin on lap 18, an untidy few corners on lap 19, a lock-up as he tried to overtake Pastor Maldonado and into the barriers on lap 52. Yeah, it’s a race he will want to forget quickly.

McLaren’s Pain Continues
You have to wonder if one of the McLaren drivers will hit the 100-penalty mark for a race at some stage this weekend. Jenson Button copped a whopping 70-place grid penalty in Mexico while Fernando Alonso had a mere 15 places to drop.

A MGU-H rotation speed problem meant Alonso lasted only one lap while Button finished P14 after struggling for straightline speed.

Those involved with McLaren-Honda are adamant that they will be able to compete in 2016 with Alonso insisting a few months back that “McLaren will be one of the top cars next year, that is 100 percent”, but at this rate it is difficult to see them being front-runners.