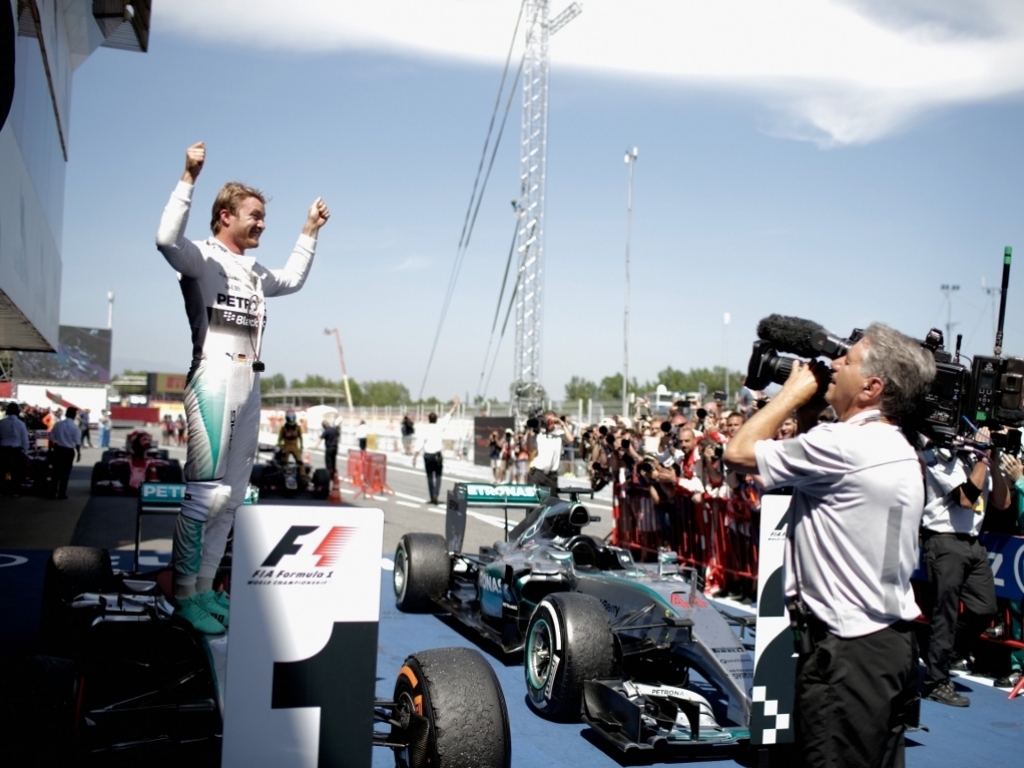 Some had it better than others in Spain…

Good Race
Nico Rosberg, P1
Say what you will about Nico Rosberg's almost desperate need to win in Spain and you only give credence to his performance at the Barcelona circuit as the pressure was immense and the need was great. And yet the German did not put a wheel wrong from qualifying to the end of the grand prix. While those around him struggled with grip, slipped and slid, Rosberg's W06 was firmly stuck to the track as he put in a stellar performance to grab pole position and then used that to secure that crucial, vital, essential win. He's back but is he there to stay?

Lewis Hamilton, P2
Does a runner-up result make for a good race in Spain? Yes. But does a tardy start make for a bad race in Spain? Yes to that too. Depending on how one look at Hamilton's Spanish GP compared to the opening races of his season will depend on how his performance rates. It was not the same faultless display we've seen in previous weeks (even when he came second to Sebastian Vettel), as he's so often held to a higher standard than others. But given that his only mishap on Sunday was that tardy start, and that it resulted in him dropping behind Vettel, his recovery to P2 and the spate of fastest laps on his three-stop strategy makes for a good race for the Brit.

Sebastian Vettel, P3
The Ferrari upgrades may not have worked as he would have wanted, the pace may not have been what he wanted, and the result may not have gone his way, but Vettel showed his intent on Sunday. His flying start forced Mercedes to alter Hamilton's strategy to get ahead and if Vettel can continue to force Mercedes' hand, he may yet trip them up into a mistake or two. A fourth podium in five races makes for a good race.

Valtteri Bottas, P4
For the second race in succession, the Williams driver kept a Ferrari at bay. Given that Williams are behind Ferrari in pace (and some would argue in power), it was yet another good showing for the Finn – especially as rumours are linking him to the race-seat belonging to the Ferrari driver he beat.

Carlos Sainz, P9
Although the Toro Rosso rookie was not able to carry his P5 on the grid through to the chequered flag, he made a robust finish to his Spanish Grand Prix. Overtaking his much-lauded team-mate, Max Verstappen, in the closing laps to move into the points, he then attacked the Red Bull of Daniil Kvyat – even banging wheels with his senior – to finish P9.

Bad Race
Kimi Raikkonen, P5
Raikkonen was always going to spend his Sunday afternoon recovering from his P7 on the grid – and perhaps also from the decision to run the older Ferrari aero package. He got as far as fifth only to become stuck behind a Williams.

Daniel Ricciardo, P7, Daniil Kvyat, P10
Two years ago Red Bull Racing were dominating the world of F1, racing to a fourth successive Championship double. Even a year ago they were fighting for podium places and the occasional race victory. This year points are about all they are in line for. And that's never a good race for a team of Red Bull's caliber.

Romain Grosjean, P8
Romain Grosjean may have continued his points-scoring form in Spain but having a collision with his team-mate Pastor Maldonado to cause enough damage to put the latter out of the grand prix is never good, no matter who is to blame. And he owns his jackman a beer – preferably an ice cold one.

McLaren, P16 and DNF
It was a "scary" Sunday for McLaren – their words not mine. Fernando Alonso suffered a brake failure that could have caused serious injury to his mechanics when he was unable to stop in his pit box, and he was outside the points at the time of his retirement. As for Jenson Button, he was P16 in an ill-handling MP4-30 that was "scary" to drive as he never knew where it was going.

R'nD
For all the millions spent in Formula 1 why is there no alternate solution to a tear-off visor, which was the cause of Alonso's brake failure as it blocked a brake duct. Millions lost to a tiny strip of plastic.

Roberto Merhi, P18
He was four laps down… need I say more?