Home Uncategorized Great to be back – Hamilton 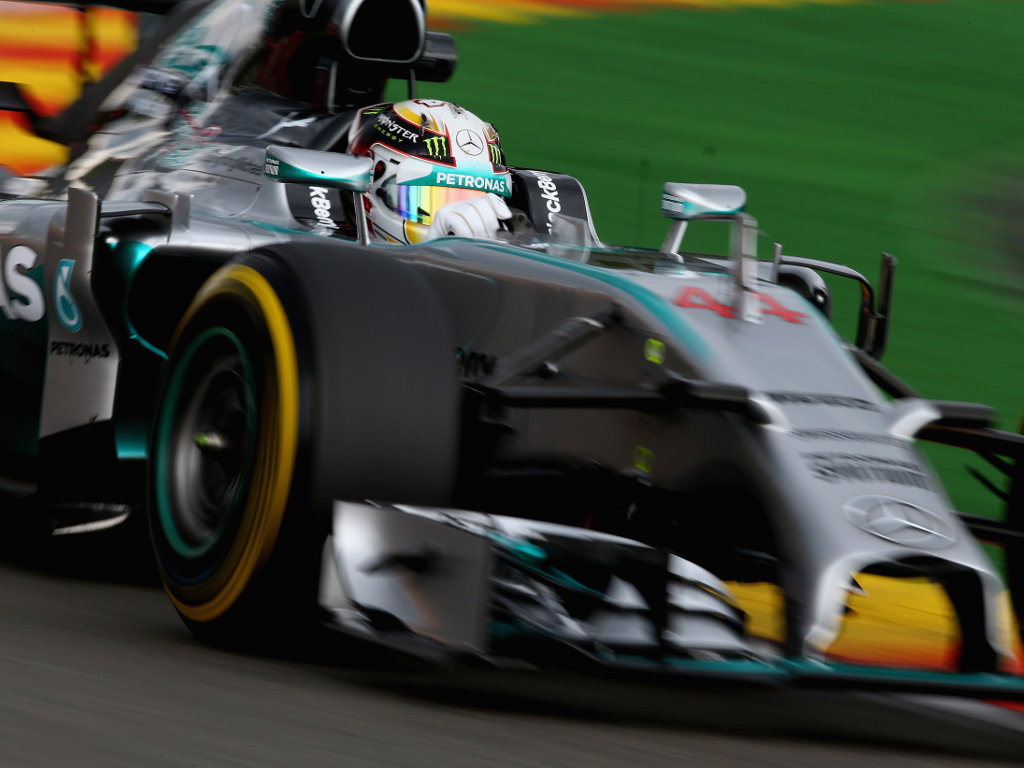 Lewis Hamilton was relishing Formula 1’s return to action and marked the occasion with a P1 in Friday’s practice in Belgium.

As the intra-team battle at Mercedes is set to heat up, Hamilton lost out to Nico Rosberg in the morning’s session but came back in the afternoon.

It was an encouraging result for the British racer, who trails Rosberg by 11 points in the race for this year’s Drivers’ Championship title.

“It’s great to be back in the car and it was feeling good out there today,” said Hamilton

“The morning wasn’t as strong, but it definitely improved in the afternoon. As always, we still have work to do tonight, but overall today was ok.”

Hamilton, however, concedes the drivers will face a different challenge on Saturday as rain is forecast for the day.

“The forecast is wet for tomorrow, so it was important to maximise track time as this may be our last dry running before the race.

“We’ve seen rain so often here in the past and that can really mix things up – particularly when it’s wet in places and dry in others.

“Your visor is almost level with the ground, so it’s not like looking from above where you can see the different patches.

“That makes it really hard to pick out the areas where you can find grip, but it’s also a lot of fun.”

But while it may have stayed dry out on track, Hamilton’s day got off to a very wet start.

Nominated by Daniel Ricciardo to take the ALS ice bucket challenge, the Brit went a step further as he was doused with not one but two buckets.

He said: “The only bad part of today was that I had my suit on when I did the ALS Ice Bucket Challenge.

“It was pretty cold but I didn’t feel it that much, so I think I’ll need to do it again to make up for it!”