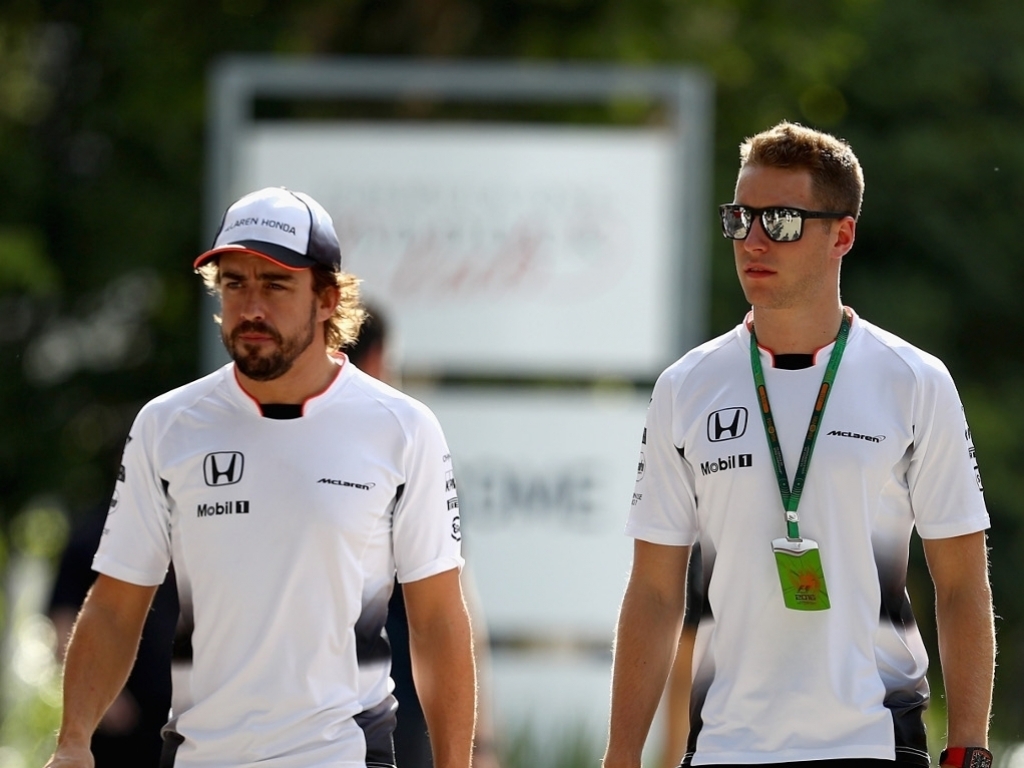 Fernando Alonso and Stoffel Vandoorne will both go into this weekend’s Azerbaijan facing grid penalties with new MGU-Hs fitted in their cars.

Honda have been plagued with MGU-H issues throughout this season with both drivers suffering several failures, Vandoorne’s MGU-H failure in Montreal practice the most recent incident.

As such Honda have brought an update to Baku with both drivers also running new turbochargers.

“We already have some penalties to start the weekend, which is not ideal but this is the situation we are in,” Vandoorne told journalists in Baku.

“We will try and make our best focus maybe a bit more on race run and hopefully we can play a little bit during the race.

“We are probably competing to start from the back of the grid.”

According to reports Honda will trial various new components in practice before deciding what to race later in the weekend.