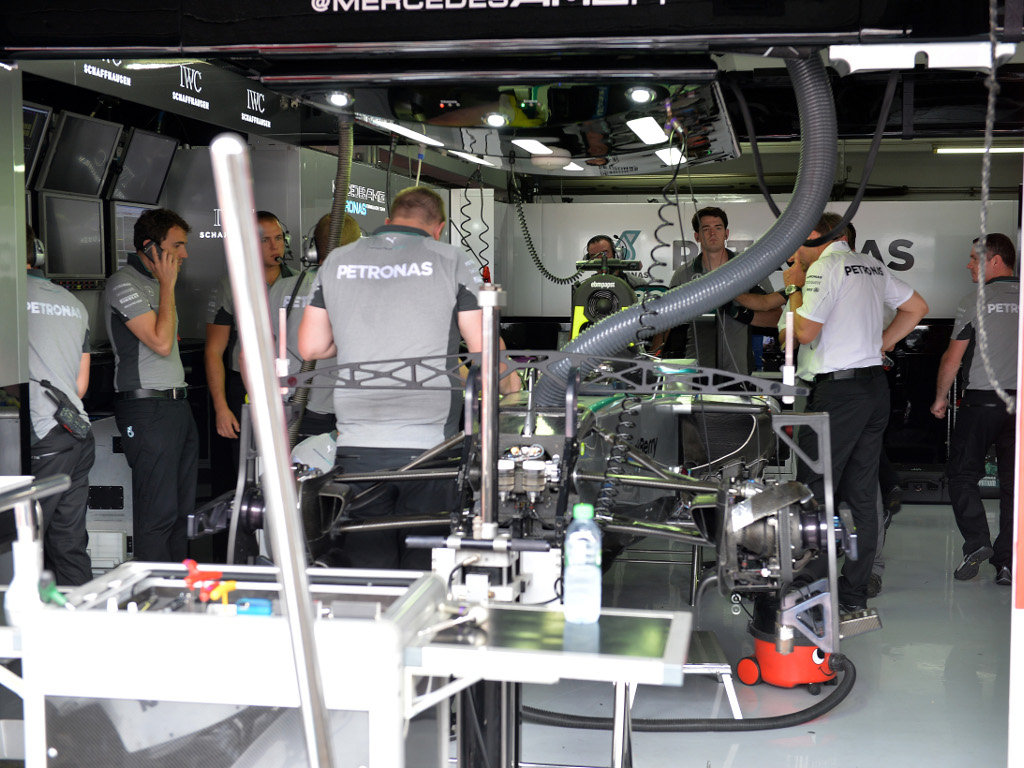 Lewis Hamilton will start Sunday’s German GP from the grid but five places back from where he qualified.

The Mercedes driver crashed out of Saturday’s qualifying at the Hockenheimring when his right-front brake disc failed putting him to the barriers with an impact of 30Gs.

Adding to his woes, Mercedes then announced that Hamilton needed a new gearbox meaning an automatic five-place grid penalty.

The team tweeted on Sunday morning: “We can confirm @LewisHamilton’s gearbox will be changed for the race owing to accident damage incurred yesterday. 5 place penalty.

“The guys are working on the car now to repair everything for the race. It’s going to be a busy morning!”

However, as the team also switched Hamilton to a different brand of brake – Carbon Industrie – there was some debate over whether he would actually have to start from the pits.

Mercedes met with the FIA and after much debate it was ruled that Hamilton could start from the grid.

That decision was based on the sporting regulations that states a team is allowed to change a part that is “similar in mass, inertia and function to the original” without penalty.