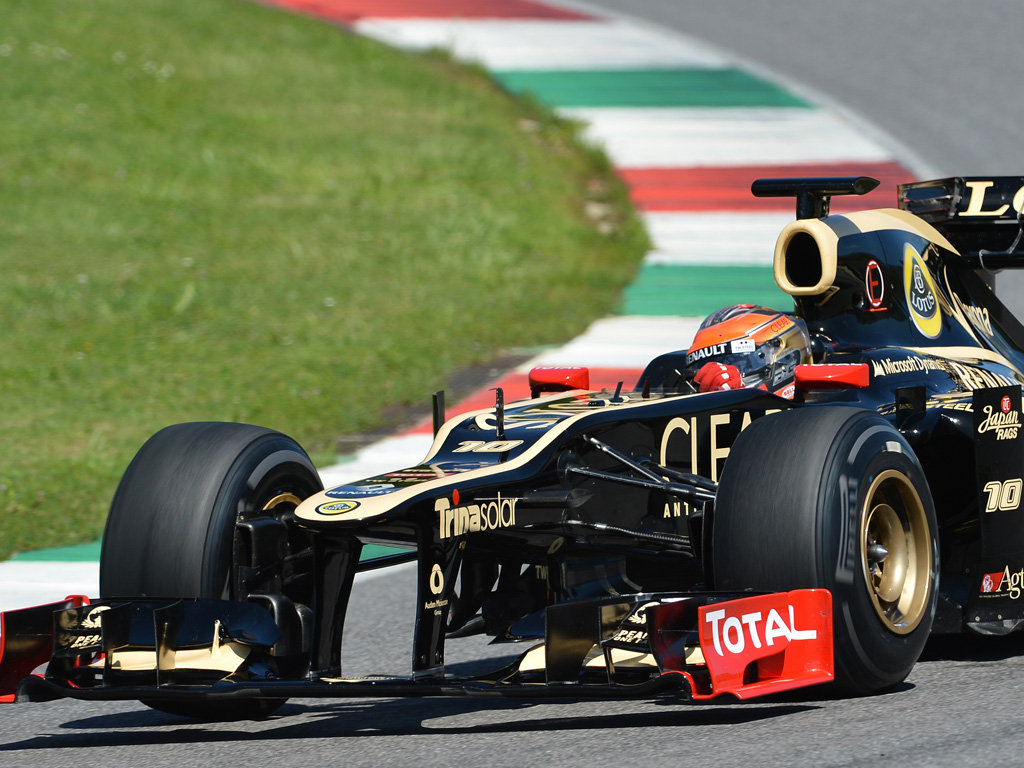 Lotus are set to introduce a “few interesting things” at Barcelona after a successful in-season test, according to Romain Grosjean…

Lotus are set to introduce a “few interesting things” at Barcelona after a successful in-season test, according to Romain Grosjean.

The Enstone squad carried their impressive Bahrain GP form over to the Mugello test with Grosjean topping the timesheets on the two of the three days of testing.

While the likes of Ferrari made major changes to their car, Lotus opted to focus on set-up comparison work while on Thursday they changed the suspension on the car several times.

Grosjean, though, admits they did have one or two things up their sleeve at Mugello and plan to use it at the Spanish Grand Prix next weekend.

“We had plenty of things that we really wanted to test since the first race but we couldn’t have chance to do it. Here we could do them,” he told Sky Sports News.

“Sometimes it takes a little bit of time to do what we want [to the car], but I think there is a few interesting things that we can put for Barcelona and the next races of the season and try to improve our performance.”

Asked about the importance of the development race to Lotus’s chances this season, the Frenchman replied: “That’s going to be clearly crucial.

“Development is the key this year and I think we’ve seen in China, 11 cars within three tenths. If you gain one tenth by developing the car it’s already maybe five places [improvement].

“We are trying to get everything out of the car, there’s some updates coming and that’s nice to know.”