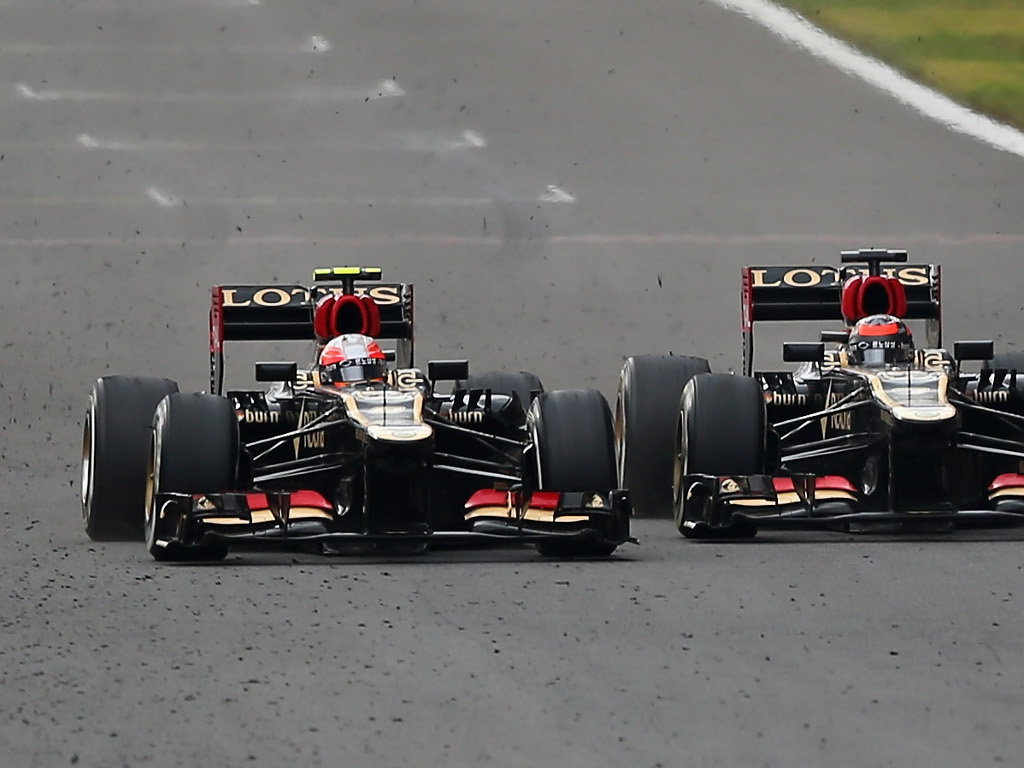 Romain Grosjean has accepted Lotus’ decision not to impose team orders during Sunday’s Korean GP, according to Alan Permane…

Romain Grosjean has accepted Lotus’ decision not to impose team orders during Sunday’s Korean GP, according to Alan Permane.

Running second and third behind Sebastian Vettel, Kimi Raikkonen overtook his team-mate when Grosjean made a “mistake” and held onto the position throughout the closing stages.

“He was annoyed – and justifiably,” Permane told Autosport

“We have let Kimi past him a couple of times this year, and those have been with good reason when we have had a shot of overtaking.

“We did it at the Nurburgring where we thought Kimi had a shot of beating Vettel, and we did it at Silverstone midway through the race when Kimi was much quicker.

“But there wasn’t a realistic chance of beating Vettel today and that is why they were racing to the end.

“Romain was probably frustrated with himself, and that is why I put a little message out at the end to calm him down.

“And he is absolutely fine. We could have had some hysterics back here [in the debrief] but there was nothing. He said: ‘I know I made a mistake and I will learn from it’.”

As for Raikkonen, Permane reckons his driver was given a healthy dose of luck with the second Safety Car but that it was up to the Finn to make the most of it. He did.

“Kimi got lucky, but Kimi puts himself in a position to make the use of that luck. So good for him as well.

“For the team it really doesn’t matter. We made a big haul of points on Mercedes and Ferrari today, which is great.”