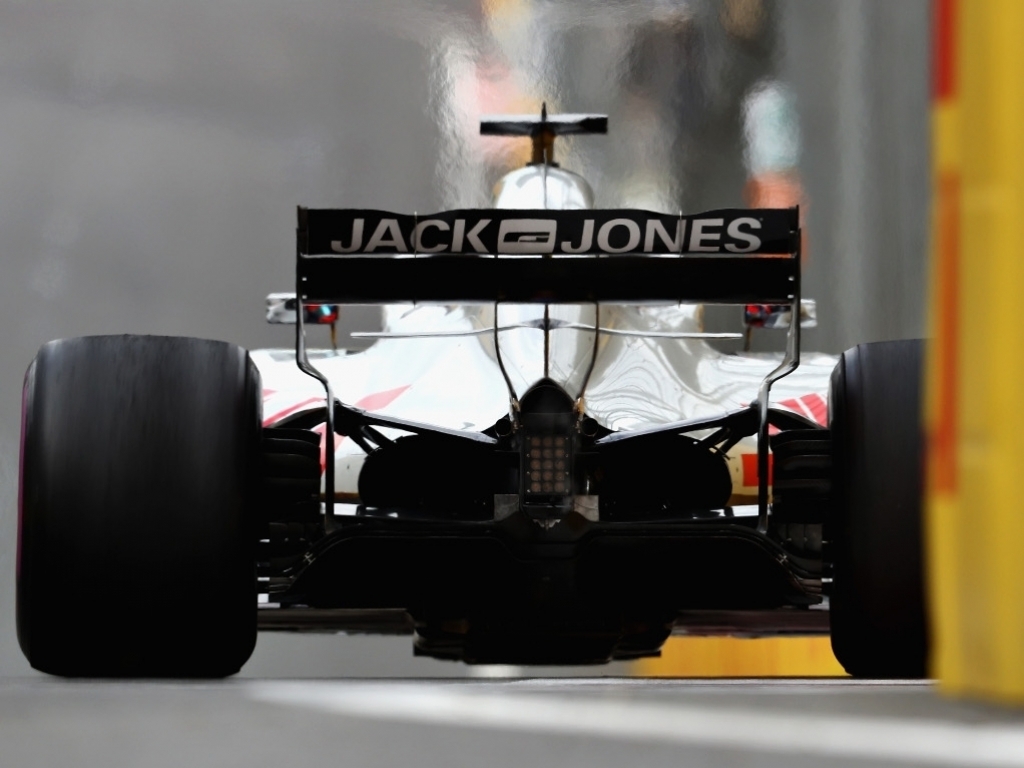 Romain Grosjean says he accidentally “bumped a switch” which led to his rather bizarre crash behind the Safety Car in Baku.

The Safety Car was out for Red Bull’s drama only for Grosjean to extend by several laps when he crashed while weaving to warm up his tyres.

The Haas driver screamed: “No, no, no! What happened?”

He added: “I think Ericsson hit us.”

Ericsson was nowhere near him.

‘I think Ericsson hit me’

“This hurts a lot and I want to apologise to the team,” he latter said.

“We were in the middle of an amazing race, starting last and running P6.

“Seeing (Sergio) Perez on the podium, knowing I was fighting with him, is very painful for all of us. It was going very well.”

He added: “It’s always hard when you lose so many points and obviously when you crash under the Safety Car.”

The Frenchman explained that he accidentally “bumped a switch” while weaving to warm up his tyres which led to his crash.

“There was a lot of wind, the car was going left and right, pushing then not pushing,” he explained.

“I was warming up my tyres and bumped into a switch that I’d moved by two positions.

“When I touched the brakes, the brake balance was locked rearward – it just locked the rear wheels and I spun.”