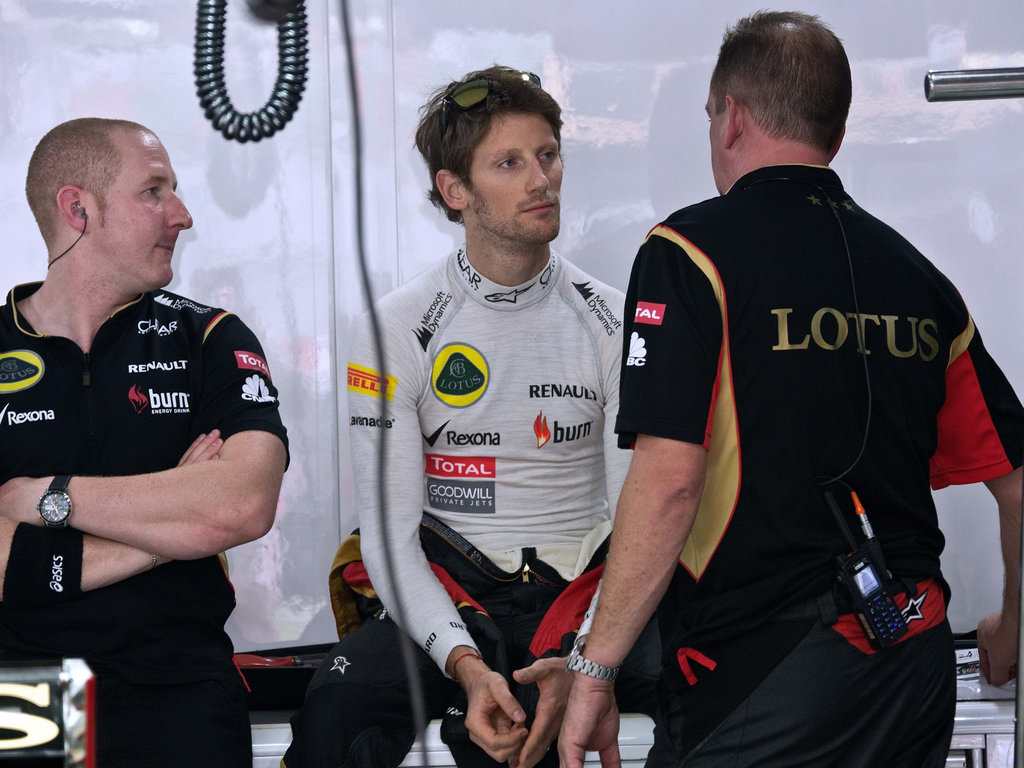 Having just missed out at the last race in Abu Dhabi, Romain Grosjena is determined to return to the podium in Austin…

Having just missed out at the last race in Abu Dhabi, Romain Grosjena is determined to return to the podium in Austin.

The Lotus driver has had an impressive run of late that included three successive podium finish. However, that came to an end last time out in Abu Dhabi where the Frenchman could only manage fourth under the lights.

“I think I was around a second behind [Nico] Rosberg at the end and I’d been catching him pretty well during the final few laps, but we just didn’t quite have the pace to get close enough before the flag,” he said.

“It’s a shame we couldn’t make it four podiums in a row, but when you remember the issues we had in FP2 and qualifying in Abu Dhabi I think to come away with fourth place is a decent result.

“On race pace alone we could maybe even have pushed Mark [Webber] for second place, but that’s how it goes sometimes and I think we got the maximum we could from the race.”

Grosjean is now determined to make amends next weekend when Formula One heads to the Circuit of the Americans for the United States Grand Prix.

“We’re certainly aiming for the best performance we can get; let’s see what happens.

“It’s quite a balanced circuit in that you don’t need one particular thing over another for the car to perform well, but it should be a circuit where the E21 can go strongly once again. Last year the challenge was finding the level of grip we wanted and I expect this to be a challenge again.

“The tyre allocation is quite hard so you really have to work the tyres to get them in the best performance window.

“We expect warmer temperatures this year which will help and the track surface will have changed a bit from the very new surface we had last time. All in all, I think we have potential to go quite well.”