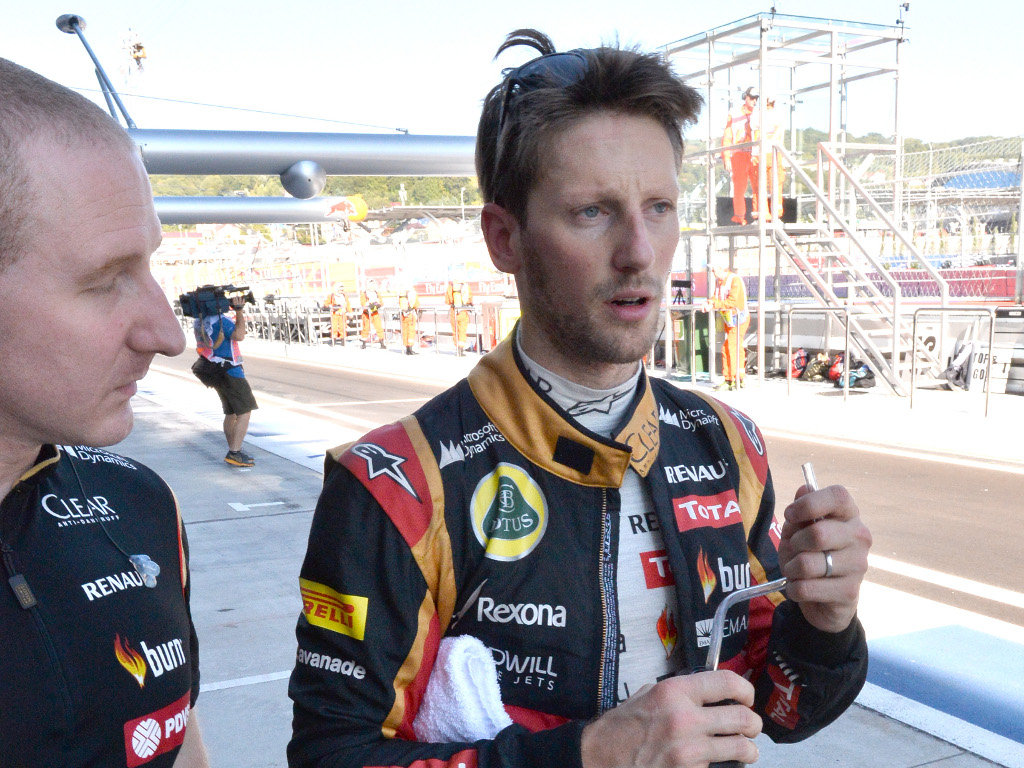 Romain Grosjean’s future could be decided as soon as this weekend with the Frenchman saying he is “close” to concluding a deal.

Although Grosjean has been holding out on committing his future to Lotus, the team’s decision to swap from Renault to Mercedes power is expected to clinche the deal.

And confirmation could even come at this weekend’s Brazilian GP.

“It [an announcement] should be coming soon; hopefully this weekend, we are close,” he said.

The Frenchman refuted suggestions that interest in Lotus from other drivers has played a role in the delay.

“It was tough to make it to Formula 1 when there were 22 seats and now there are 18 left makes it even harder,” he said.

“It’s not easy for drivers to come to Formula 1. I’m in a good position in the team and things are moving on nicely.”