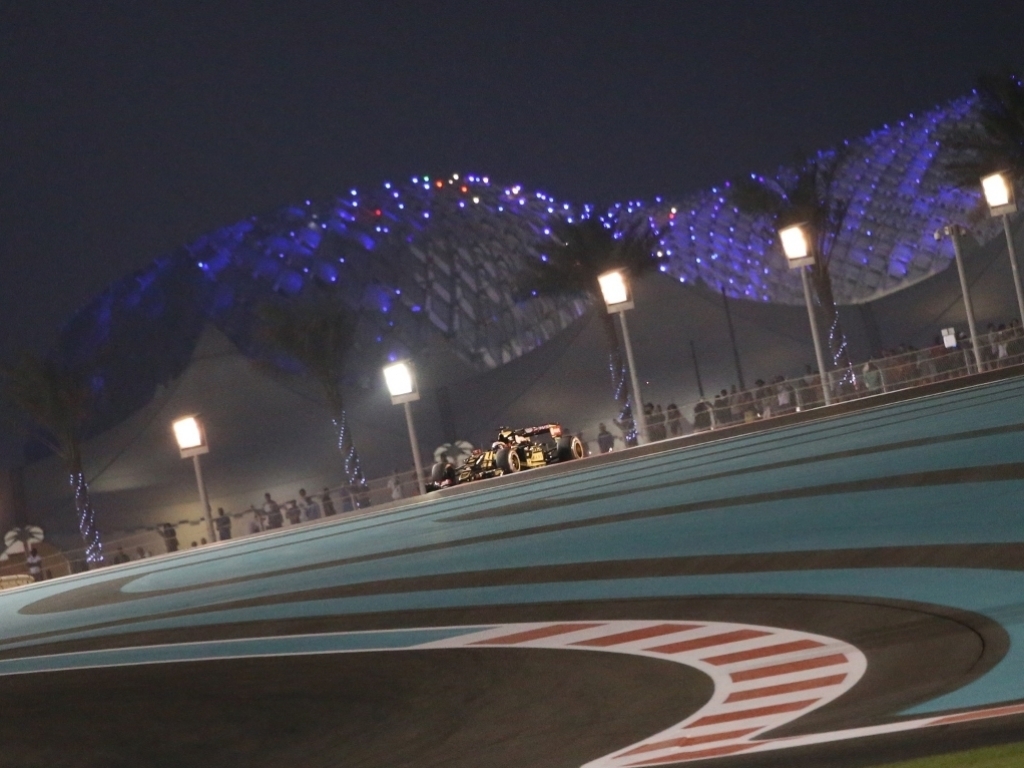 A late run into the top ten allowed Romain Grosjean to bid farewell to Lotus with a final points-scoring result in Abu Dhabi.

The Frenchman's Sunday did not get off to the best start as news broke that he would have a five-place grid penalty as his E23 required a new gearbox.

Sent to the back of the grid Grosjean, who is off to Haas next season, had it all to do in the 55-lap Abu Dhabi Grand Prix.

"It was a tough race but we knew with the right strategy we could do something good and the last stint was key," he said.

Coming to the final laps of the race Grosjean was still outside points with Toro Rosso's Carlos Sainz ahead of him.

On fresher tyres he stormed through to take 10th, ensuring Lotus finished the season in sixth place. However, adding to the team's joy Grosjean then overtook Daniil Kvyat to finish ninth.

"When I saw Sainz ahead of me and Max Verstappen behind me I wanted to pass them, we did and we've got sixth," he added.

"It was the best way to leave the team, scoring some good points and having a good race.

"The team deserves it and I'm very proud of the gift I’m leaving as a present. It's been an emotional journey for me and I’m so happy to be able to reward everyone at Enstone with points."