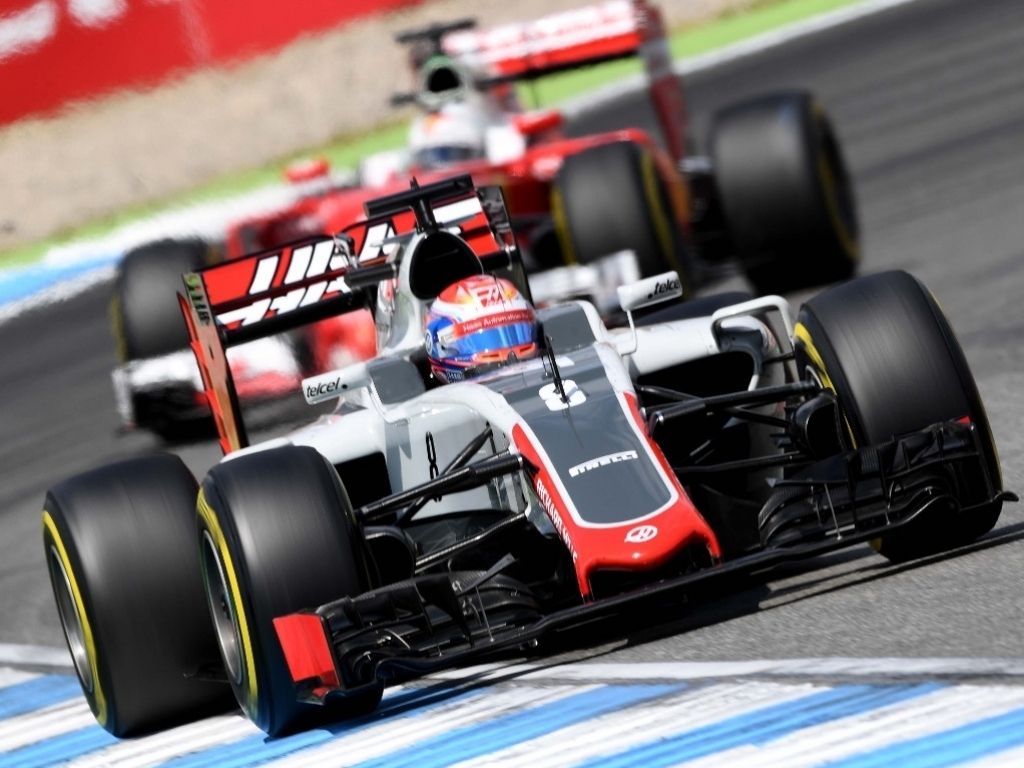 With his Haas team-mate making headlines for blue flag transgressions, Romain Grosjean has called on Formula 1 to rethink the blue flag regulations.

In the last two races, Esteban Gutierrez has been flipped off by Lewis Hamilton and sarcastically praised by Daniel Ricciardo for seemingly ignoring blue flags.

The Mexican driver has defended his actions, saying he has his own race to think about.

“If he’s two seconds behind and I lift and I lose four seconds it makes the difference to my points,” Gutierrez said after the German GP. “So I have to protect as well my own interests.”

But he wasn’t the only Haas driver to frustrate others in Germany.

Sebastian Vettel was annoyed with Grosjean at the Hockenheimring, leading the Frenchman to call for to Formula 1 to rethink the blue flag rules, and consider introducing a delta time.

“When they [the leaders] are coming on new tyres, or the same tyres, and they’re faster it’s easy,” Grosjean said.

“I had Vettel behind me and he was about two tenths faster because he was on old tyres and I was on supersofts so of course it would take him 10 laps to close a two-second gap.

“I did a few laps in front and then we had a warning from Charlie [Whiting] and I let him by but it cost us 2.6s in one straight line so that was a lot of time lost.

“You are not happy because you’re fighting to go to the points as well. But they are the leaders… I don’t know. There is no right or wrong answer.”

He added: “Ideally I think we’d like a blue flag system which is in function of the delta speed between the cars so if they are one second faster a lap then a two-second gap is fine.

“But if they are only two tenths faster then a two-second mark is just… you see them in the mirrors and they’re miles away and they’re not catching up so you’re like, ‘Why should I let them by?'”