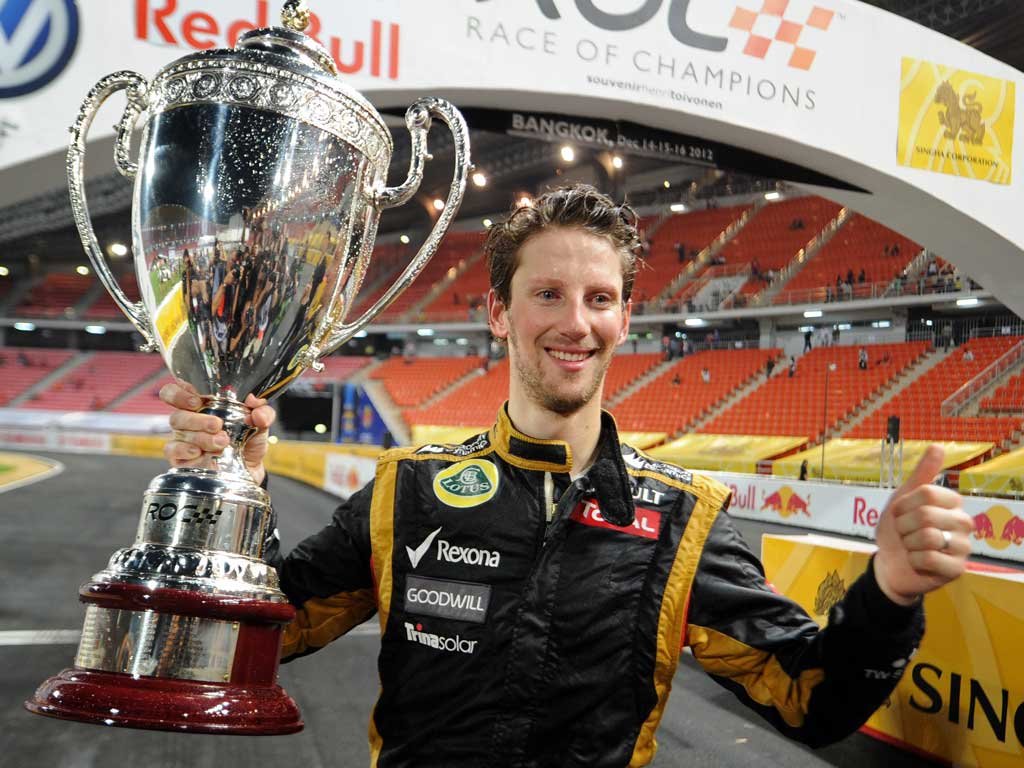 Romain Grosjean claimed the Race of Champions in Bangkok, beating the likes of Sebastian Vettel and Michael Schumacher…

Lotus driver Romain Grosjean claimed the Race of Champions in Bangkok late on Sunday, besting some of the biggest names in motorsport including Sebastian Vettel and Michael Schumacher.

Grosjean beat Le Mans legend Tom Kristensen in the best-of-three final to the competition, which brought together heavyweights from all racing disciplines in the same type of car including IndyCar Series champion Ryan Hunter-Reay and rally driver Sebastien Ogier.

Grosjean, who endured a controversy-marked season in his Formula One Lotus car, ended the year in style with the inspired win at the custom-built tarmac track in Bangkok’s 50,000-capacity Rajamangala Stadium.

“That’s what I’d call a crazy day,” the delighted champion said. “It’s been a tough end to the F1 season but I finally got back on the podium yesterday, and now this. It’s great to get this win before I head off for a holiday.”

Grand Prix legend Schumacher was knocked out by Grosjean in the semi-final of the headline event while three-time Formula One champion Vettel stumbled at the quarters for the second year running.

But it was not all bad news for the German superstar, as he claimed the ROC Nations Cup on Saturday for the sixth time in a row with compatriot Schumacher.

The 25th edition of the event comes as Thailand makes moves to host its first Formula One race in 2014.