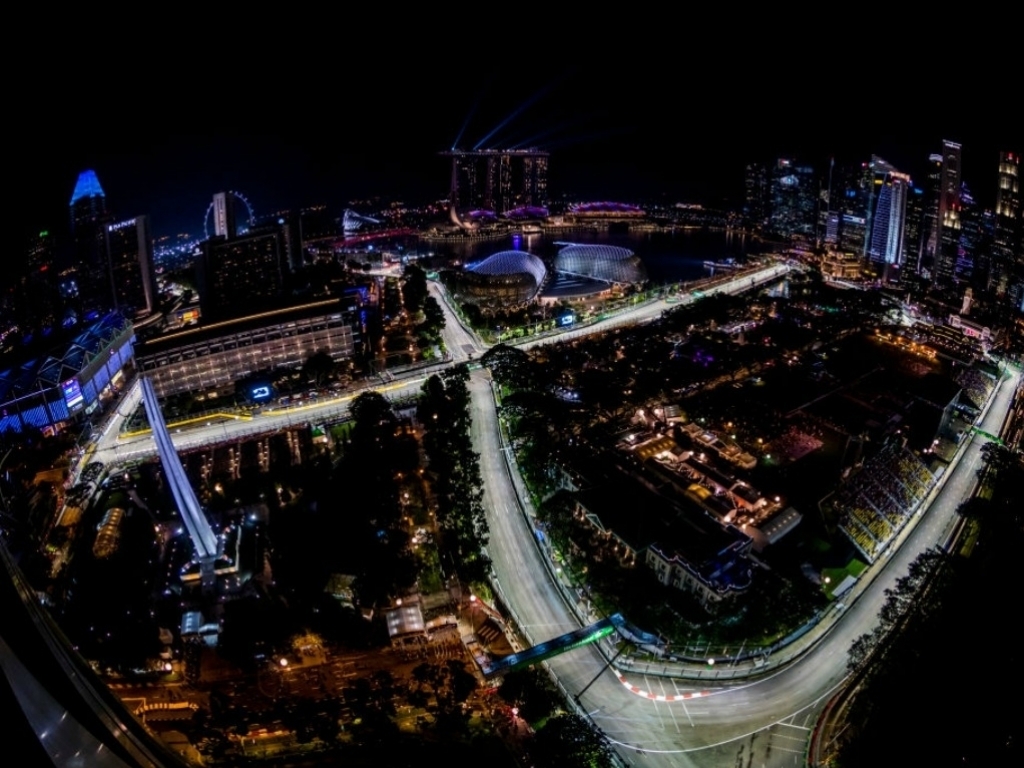 Romain Grosjean is worried about poor visibility at the Marina Bay circuit, which has been hit with torrential rain showers on Sunday morning.

The amount of spray that the 2017 cars generated, coupled with the bright spotlights that illuminate the track, has the Frenchman concerned about driver safety.

Heavy showers delayed the start of the Porsche Carrera Cup Asia support and there is strong chance of more rain to come throughout the Formula 1 race.

When asked if it would be possible to race at night in the rain, the Haas driver said: "I've got no idea – and that is the concern I've always had with this race.

"With the lights high up, if the spray goes up we may not see much.