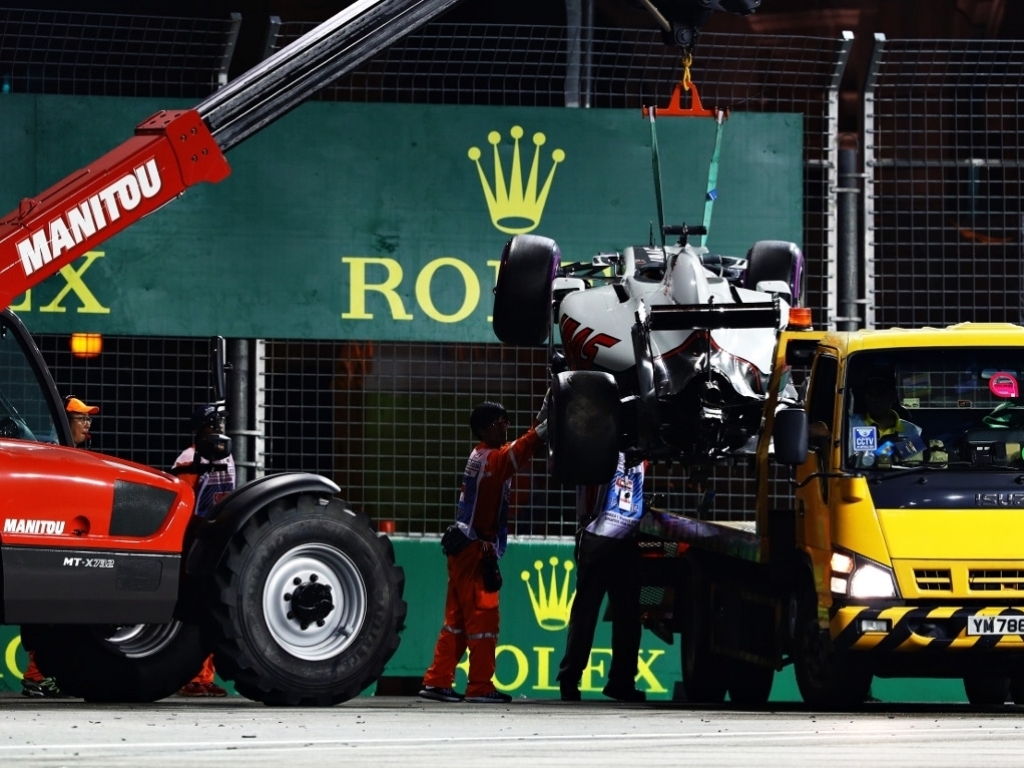 Ending his qualifying in the wall in Singapore, Romain Grosjean has revealed that his confidence is “close to zero.”

The Frenchman covered just two laps in FP1 on Friday due to an engine issue while his late night practice ended when he spun into the wall at the final corner, damaging his Haas’ rear wing.

Less than 24 hours later he was back in the barriers, this time crashing out of Q2 at Turn 10.

“Confidence is shit. Close to zero,” he said. “When you spin once at high speed and the second time you spin under braking, it is hard to get any confidence.

“Since we started running here the car feels weird. I have been trying a lot of different set-ups. We lost FP1 but that is something else, and then I don’t know. It is very weird.

“It is not normal to put it twice in the wall in two days – not understanding what is going on. Something is not going quite right.

“We are looking at the data to see what we could do. We are checking what the car is as well after the crash and what are the damages, and then in the race hopefully the first few laps are good and we can build from there.

“But clearly I am not going to attack much in the first few laps.”

Haas have confirmed that Grosjean will take a five-place grid penalty for Sunday’s Singapore GP as a result of a gearbox change.