Home Uncategorized Grosjean crashes, with not an Ericsson in sight 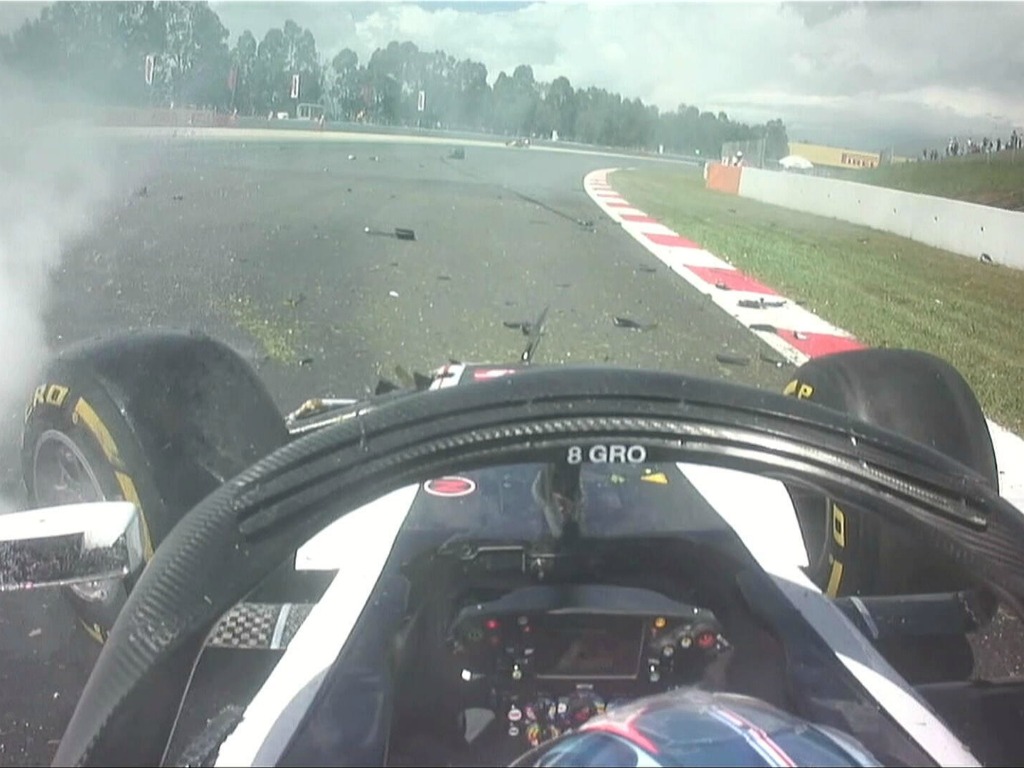 The major action took place on Lap 1, as Romain Grosjean, Pierre Gasly and Nico Hulkenberg were all involved in a big incident at Turn 3.

The first European race of the season saw the fans out in force, mainly in support of their home drivers, Fernando Alonso and Carlos Sainz.

Any ideas who these guys are here to support? 🤔#F1 🇪🇸 #SpanishGP pic.twitter.com/sh3zOXtP3W

The two had a chat on the drivers’ parade as well. 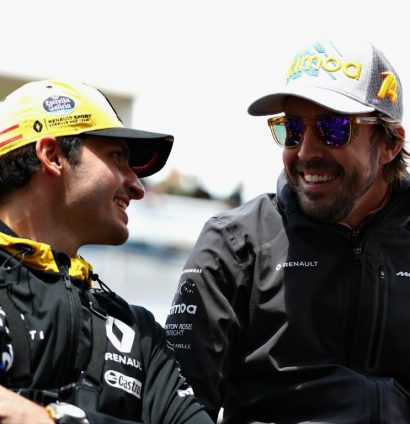 After a huge shunt in FP3, Toro Rosso had to rebuild Brendon Hartley’s car overnight, but got it onto the grid for the Kiwi to start from the back.

In Azerbaijan, it was Christina Aguilera. This weekend in Barcelona, it’s supermodel Barbara Palvin. 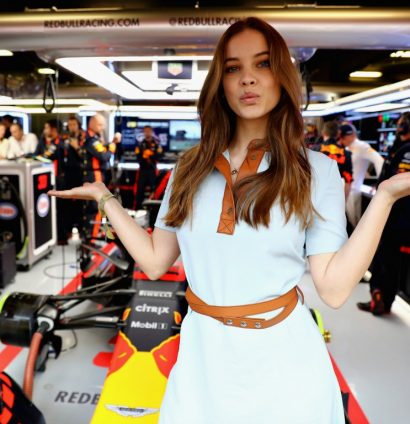 The weather report showed rain in the air before the start of the race, with teams further back definitely hoping for it to come down.

Three cars retired on the first lap, after a major incident at Turn 3. Romain Grosjean spun round, causing a huge fog cloud in the middle of the fast right-hander. 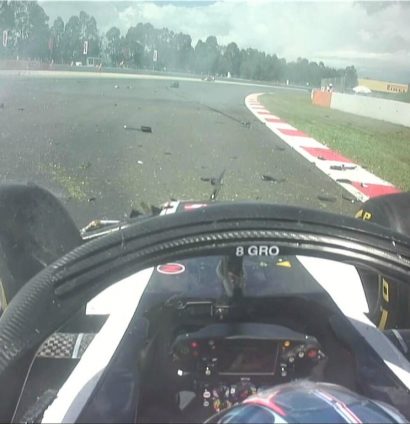 Pierre Gasly and Nico Hulkenberg went into the Haas, and also retired from the grand prix, resulting in an angry social media team at Renault.

After the Safety Car restart, Lewis Hamilton maintained his lead by producing a race lap record at the time, with Sebastian Vettel, Valtteri Bottas and Kimi Raikkonen behind him.

In the pack, Fernando Alonso started to regain places, moving back up to 10th, while his McLaren team-mate, Stoffel Vandoorne, was given a 5-second time penalty for not staying to the left of the bollard at the run off area at Turn 2 on the first lap. 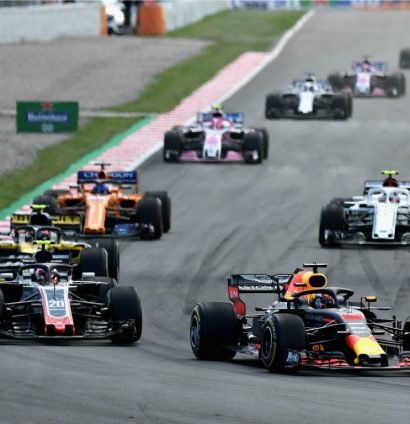 Sebastian Vettel was the first of the front-runners to pit, coming in on Lap 18. Valtteri Bottas then came in two laps later, but could not get past the German. 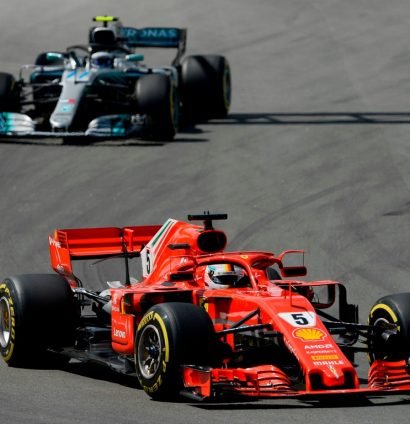 Kimi Raikkonen then had an issue with his car, and came into the pits to become the fourth retirement of the grand prix.

Esteban Ocon became the fifth retirement with an engine issue, pulling over to the side of the track on Lap 41. That brought the VSC into action.

Ferrari opted to bring Sebastian Vettel in during the VSC, and because of a slow 5.6s stop, he came out behind Max Verstappen.

As the VSC ended, Fernando Alonso overtook Charles Leclerc for P8, while Max Verstappen clipped the back of Lance Stroll as he tried to lap the Williams after the green flag.

The Dutchman’s front wing was damaged, but he carried on in P3, ahead of Sebastian Vettel.

The VSC ends, and Verstappen hits the back of Lance Stroll 💥

Stoffel Vandoorne then became retiree number six, as the Renault engine in the back of McLaren lost drive.

There were a few late overtakes, with Brendon Hartley getting past Marcus Ericsson for P12, and Sergio Perez getting past the sister Sauber of Charles Leclerc, for P9.

It was Lewis Hamilton that took the victory, with Valtteri Bottas and Max Verstappen also on the podium.