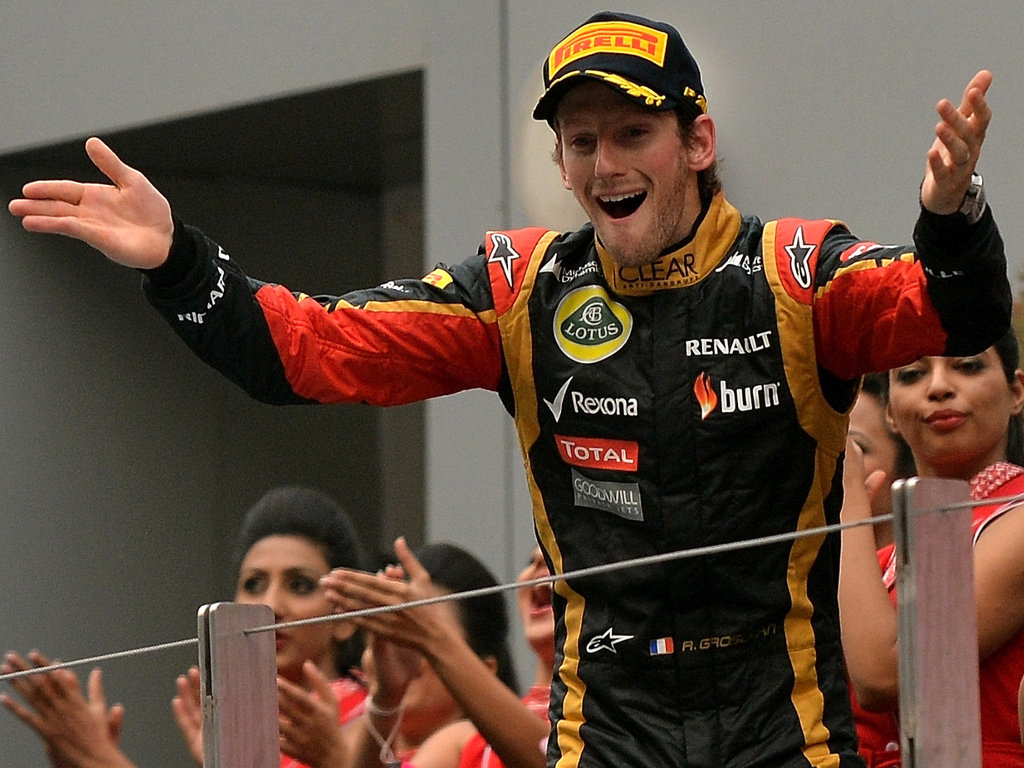 Sebastian Vettel may have taken most of the plaudits after wrapping up the title in India, but Romain Grosjean was easily the driver of the day…

Sebastian Vettel may have taken most of the plaudits after wrapping up the title in India, but Romain Grosjean was easily the driver of the day.

While Vettel won from pole position at the Buddh International Circuit, Grosjean came from 17th on the grid to claim the final podium position following a “brave strategy” from his team.

After a nightmare Saturday saw him crash out during Q1, Grosjean decided to put in 14 laps on the softer compounds leaving him to do 46 on the medium tyres.

The plan worked perfectly as he managed to make his way up the field to finish third behind race winner Vettel and Nico Rosberg of Mercedes.

“I would not have bet a penny on it. We had a very brave strategy, as we did yesterday, it was not the time to go safe and it paid off,” the Frenchman said.

“I tried to go through the field, it was tough until the end. I didn’t know when the tyres were going to go off, but the team were fantastic. I am very proud.”

Grosjean had to overtake team-mate Kimi Raikkonen during the final few laps to move onto the podium, and it wasn’t a straightforward move as he initially went off track and was forced to give back the place.

However, Raikkonen backed off and allowed him to move up.

“Kimi was in a difficult situation and went for the outside and didn’t see that point so I knew I had to be careful to my engine,” he said. “I lost a little bit of time but we got on the podium and scored good points for the team.”