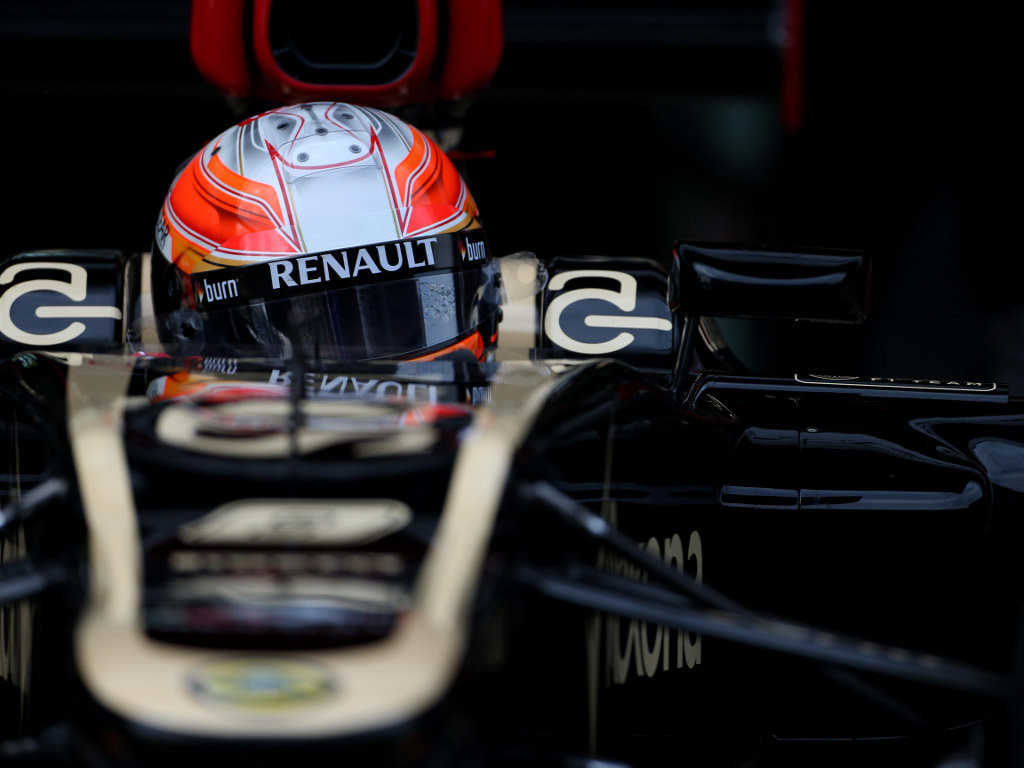 Romain Grosjean believes he will begin this season “sportingly” on equal footing to team-mate Kimi Raikkonen.

Teaming up at Lotus for the first time last season, both Grosjean and Raikkonen had a solid start to the campaign.

But while Raikkonen went on to win the Abu Dhabi GP and take third place in the Drivers’ standings, Grosjean’s season faltered and he was even banned for one race after causing an accident too many.

This year, the Frenchman expects the two will again start with equal treatment from Lotus despite the team “surfing” on Raikkonen’s name.

Asked by ESPNif he felt like he was ‘playing number two to Raikkonen’, Grosjean said: “In terms of communication, yes it is.

“I mean, Kimi had a very good season last year, he’s been World Champion once; it’s normal that the team is surfing on his name.

“Then we played fair last year with two cars the same and once Kimi was ahead in the Championship and trying to go for good results it’s normal that he got the best of everything we could.

“But this year we start again sportingly in the same place and I’m sure that if I’m ahead mid-Championship it will be different.”

However, it is not just Lotus who Grosjean is hoping will give him a clean slate. The 26-year-old also wants his rivals – some of whom he crashed into last season – to give him another chance.

“It will happen if I do my job, I do good races, no incidents and after four or five races I score good results they’ll see that I’m okay. I think they know it, they know well that I’ve been winning Championships so I think last year has been a little bit psychological.

“I made some mistakes, sometimes I was a bit unlucky and it turned out that it was a big story. It was lucky that nobody was hurt in the crash in Spa but I wasn’t alone on that start. Anyway, I’ve been working a lot trying to change the risk management and see things a bit differently.”