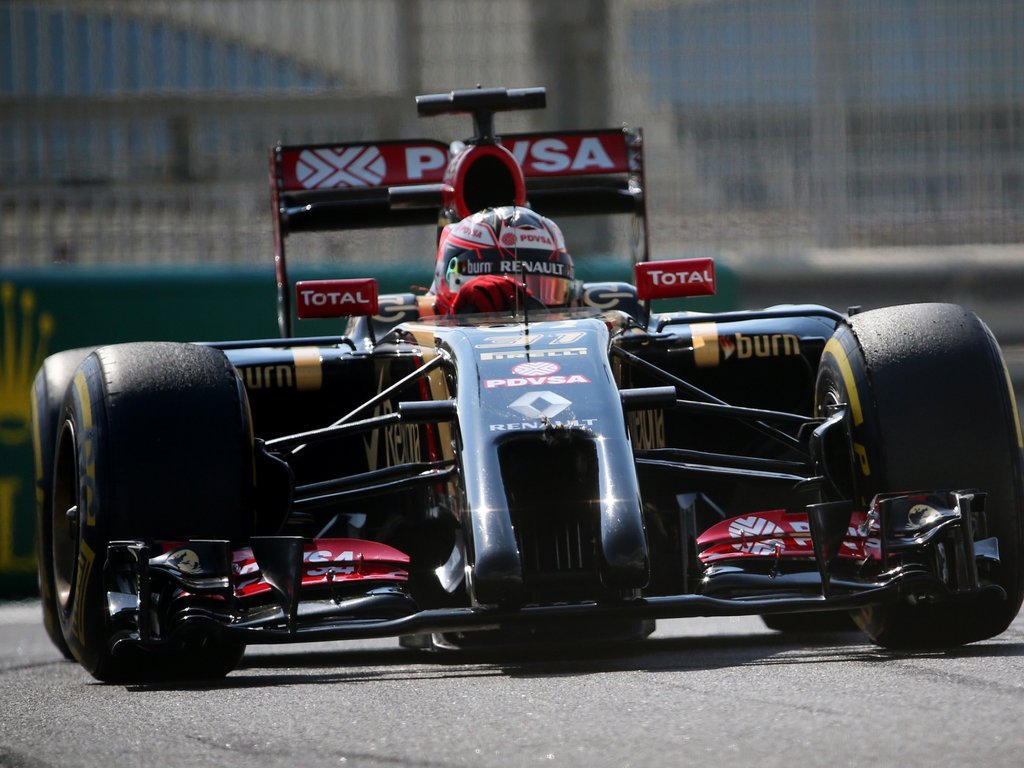 Romain Grosjean is set for a tricky Abu Dhabi GP on Sunday as he has been hit with a 20-place grid penalty, which is likely to result in time penalties.

With Lotus opting use a sixth new internal combustion unit, turbocharger and MGU-H for the race at the Yas Marina Circuit, the Frenchman will automatically incur a 20-place grid penalty.

However, with Lotus struggling close to the back of the grid he won’t be able to take the full penalty. He will also not be able to carry the outstanding penalty over to the next race as it is the season finale after all.

What it all means is he is likely to be handed penalties during Sunday’s race as the regulations state an outstanding grid drop of one to five places will result in a five-second penalty, while a drop of six to 10 places equates to a 10-second penalty.

He will also get a drive-through penalty if he still has a grid penalty of 11-20 places.

“It’s not ideal, but if it’s a new one [engine] it’s 100 per cent fresh and there are quite a lot of long straights here so it may help us a little bit,” Grosjean told Autosport.

“Soft and supersoft [tyres at this race too] – let’s see how it goes.”