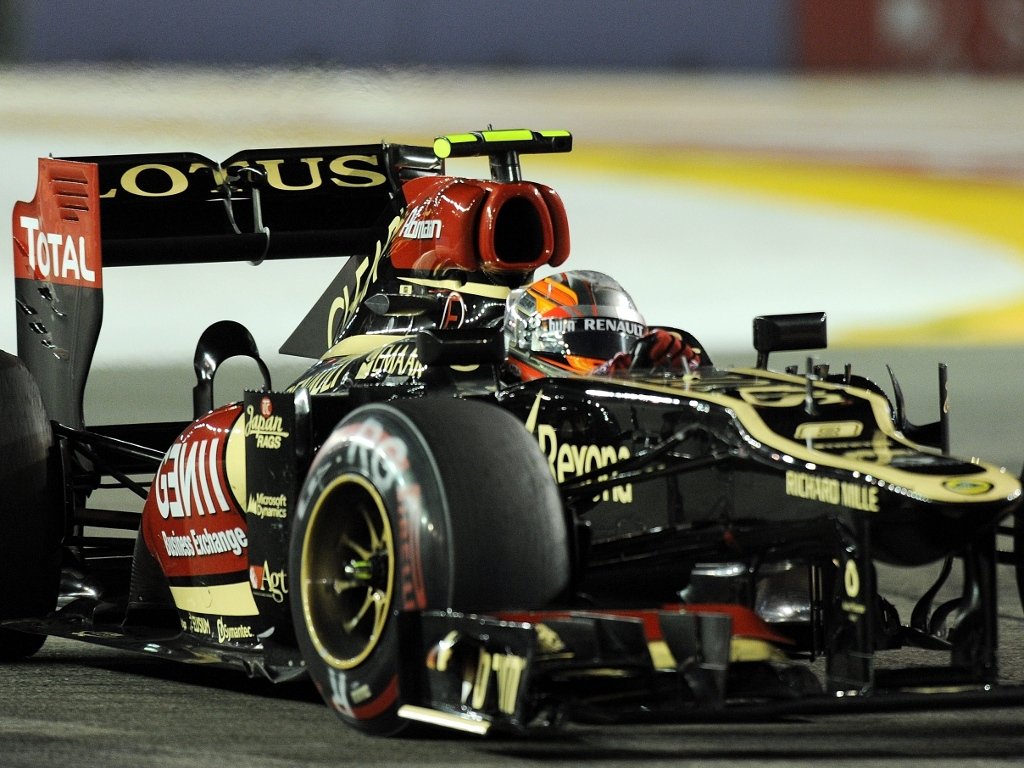 Lotus were “annoyed” in Singapore on Sunday night as one driver’s retirement resulted in the other achieving a podium finish.

Romain Grosjean had a strong start to his Singapore Grand Prix and had looked to be incontension for a top-three result before an engine issue resulted in his retirement.

The visibly frustrated Frenchman was called into the pits for engine partner Renault to refill his compressed air reservoir only for him to park his E21 laps later.

Grosjean’s demise, though, meant when the 61 laps played out, his team-mate Kimi Raikkonen was on the podium.

“Romain had a perfect day pretty much. He didn’t have a great first lap, but I defy anyone to keep Fernando behind them on the first lap. He was just doing his first lap and would have been third without a doubt.

“It was an engine air leak in the end. It is somewhere inside the engine with the air valve system.

“We tried to fix it. There was a bit of hope in trying to top it up, but after that it got worse and we had to stop him.”