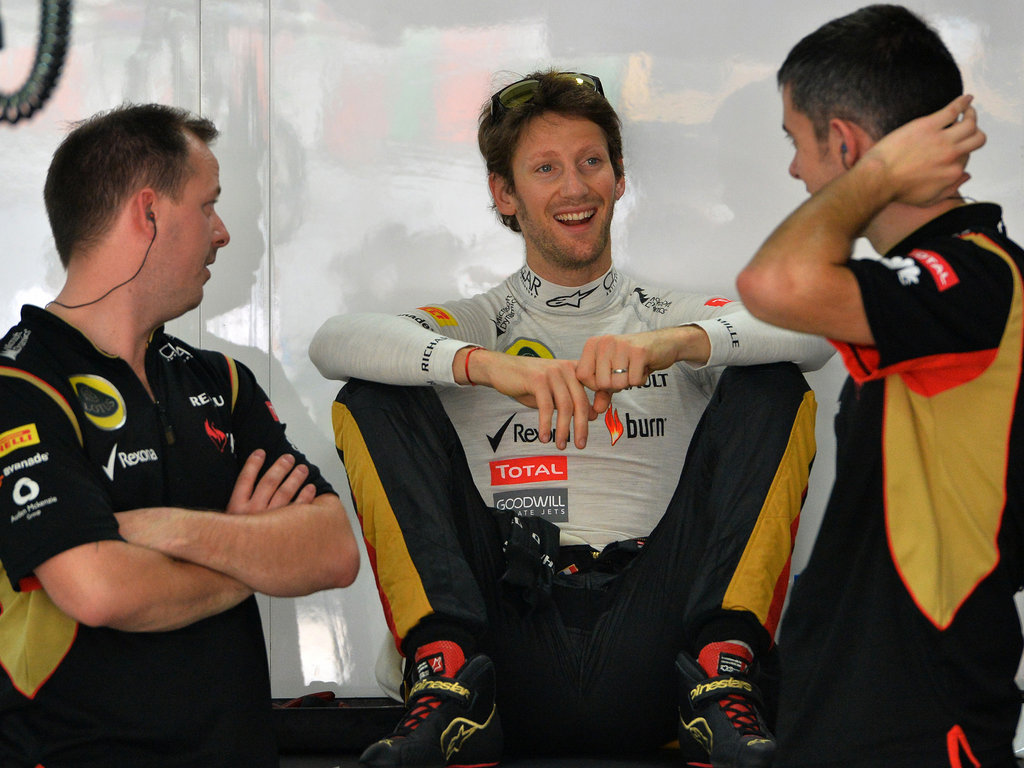 Romain Grosjean is happy to have received official confirmation that he will remain with Lotus for next year’s Championship.

Although with Kimi Raikkonen’s departure to Ferrari it was widely believed that Grosjean would have a third season with Lotus, in Formula One nothing is guaranteed.

Grosjean did his best to show he deserved the ride with last year’s “first lap nutcase” proving to be the most improved driver on this year’s grid.

Amassing six podium finishes and seventh place in the Championship, Lotus finally confirmed on Friday that the 27-year-old would be staying put.

“I am very happy to have official confirmation that I will be continuing to drive for Lotus F1 Team next season,” he said.

“This past year has been tremendously satisfying for me. We have worked well together, and I know everyone at Enstone is motivated to continue the fight for every last point available.

“I am very excited about next year’s car and I cannot wait to get out on track for pre-season testing before heading to Australia for the first race of the season.”

Taking to Twitter in the wake of the announcement, Maldonado welcomed his new team-mate Pastor Maldonado.

Although Lotus had been chasing Nico Hulkenberg for the seat, a lack of funds meant the team eventually decided on Maldonado who brings with him a reported 35 million Euros from PDVSA.