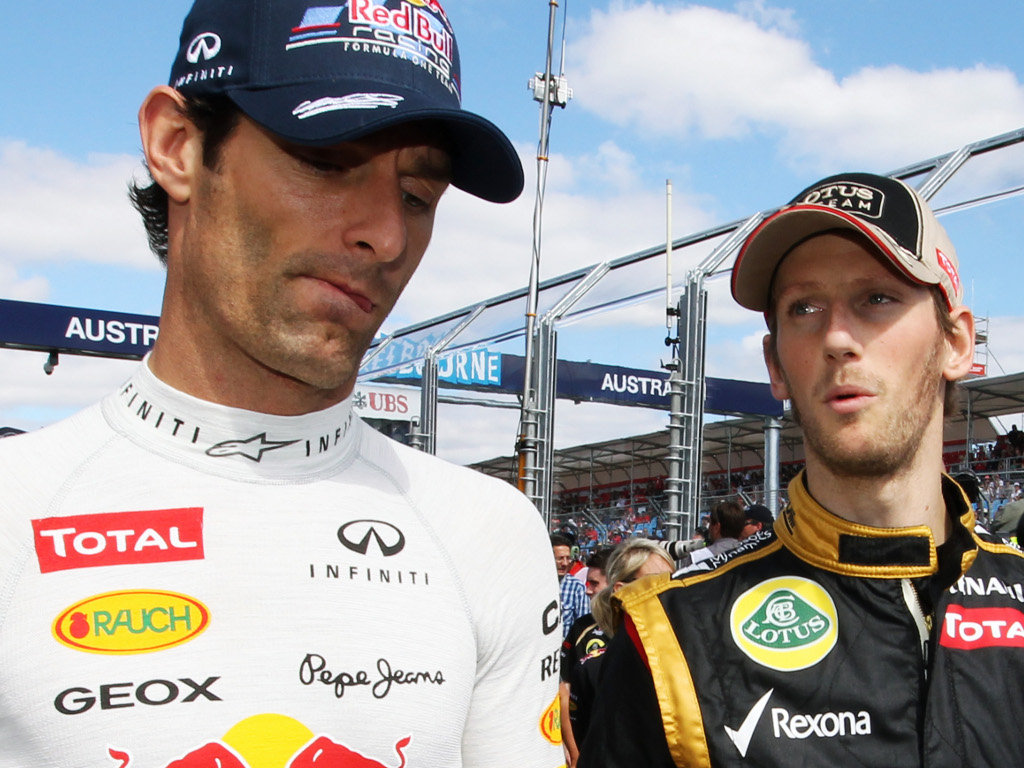 A year after blasting Romain Grosjean as a “first-lap nutcase”, Mark Webber has praised him for his brilliant drive at Suzuka…

A year after blasting Romain Grosjean as a “first-lap nutcase”, Mark Webber has praised the Frenchman for almost denying him second place at Suzuka.

Webber, who began on pole, finished behind team-mate Sebastian Vettel, who won his fifth race in a row and will be odds-on to clinch his fourth successive Formula One title in India in two weeks’ time.

But a lightning start from Grosjean from fourth on the grid left the Red Bulls for dead as his Lotus was first into turn one.

He then made life very difficult for Webber at the end, killing off the Australian’s chances of a first win of 2013 before he embarks on a new career in sportscars with Porsche.

Webber said Grosjean was a very different driver to last year in Japan, when he also started from pole but was hit by the Frenchman just after the green light, prompting his angry tirade.

“It’s very clear that Romain has a very different mental approach to the job this year,” said Webber.

“He’s driven some quite strong races, putting together the whole weekend, which is a sign of a driver starting to get a bit more relaxed and confident. A lot less mistakes, not just in races but in practice too.”

Grosjean, who is expected to remain at Lotus next season, now has four podium finishes this season, including back-to-back third places in South Korea and Japan.

He was notorious in 2012 for first-corner smashes, one resulting in a ban from the Italian Grand Prix after his airborne car only just missed Fernando Alonso’s head.

“In the end he’s doing a very good job this year,” added Webber. “It starts and stops with him. Hope he doesn’t improve too much more before the end of the year.”

“After the start and the first stint, I thought it would be a great race for Romain,” said Vettel, who passed the Lotus on lap 41 with an audacious overtaking manoeuvre in the home straight.

“Romain did a great job, great performance all weekend — great qualifying yesterday again, out-qualified Kimi. We know that Kimi is a strong driver.

“Last year I think Romain made some mistakes but the most important thing is that we learn from these mistakes as drivers. He learned a lot of things and gradually he’s improving, so big respect for that.”

Grosjean admitted he had got a little giddy after his incredible start.

“I thought it was the day that my first victory was coming,” he said. “Much better than last year for sure. What a start. Terrific. From the past not the best memories here but today was just a very, very good race.”