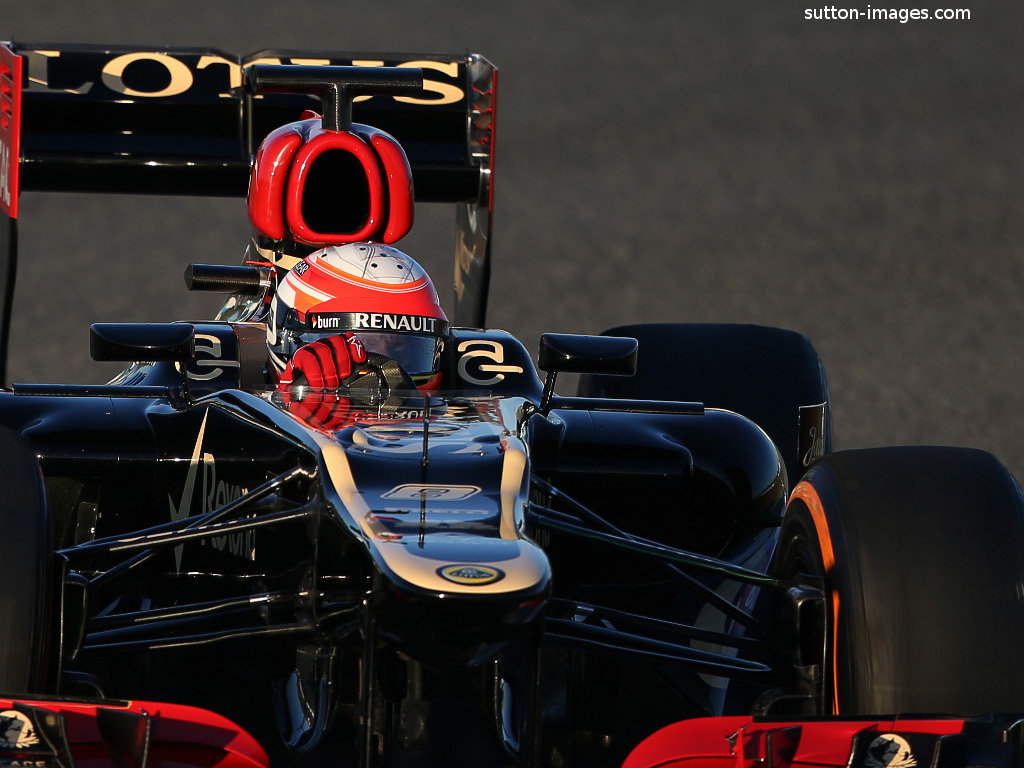 Romain Grosjean can focus on his racing this season instead of having to worry about his future, according to team owner Gerard Lopez…

Romain Grosjean can focus on his racing this season instead of having to worry about his future, according to team owner Gerard Lopez.

The Frenchman found himself in the stewards’ office too often last season after several first-season crashes and he eventually paid the penalty as he was banned for the Italian Grand Prix.

Despite the crashes, Lotus decided to keep faith with Grosjean for this season and Lopez feels he will shine now that the pressure is off.

“Romain’s a different guy,” Lopez is quoted as saying by PA Sport.

“He knows what he has to do. He doesn’t have that pressure, stress as we have essentially told him he’s a long-term future with us.

“So now he can literally take it race by race, practice by practice because he’s got the speed to win races.

“Overall, we think we’ve a very good pair of drivers and a good car, so we’re quite positive.”

Kimi Raikkonen will once again partner Grosjean this season and many believe the Enstone squad will not be too far off the pace of front-runners Red Bull, Ferrari and Mclaren.

“It’s going to be a pretty bunched-up group, and I would be surprised if we were outside of that group,” added Lopez.

“The question is, with it being so tight, where do you end up within that group?

“Right now, I believe we’ve a car that is at least as good, and probably a little bit better, than the car we had last year.

“Although we feel pretty good about the car, how much has everybody else improved?

“But then we’ve two drivers who are now really into it, who know the team, the car, the tracks.

“Looking back, I think Kimi would have won more races last year if it hadn’t been for a number of reasons.

“So this season, winning more than one race is certainly an objective we should have.”