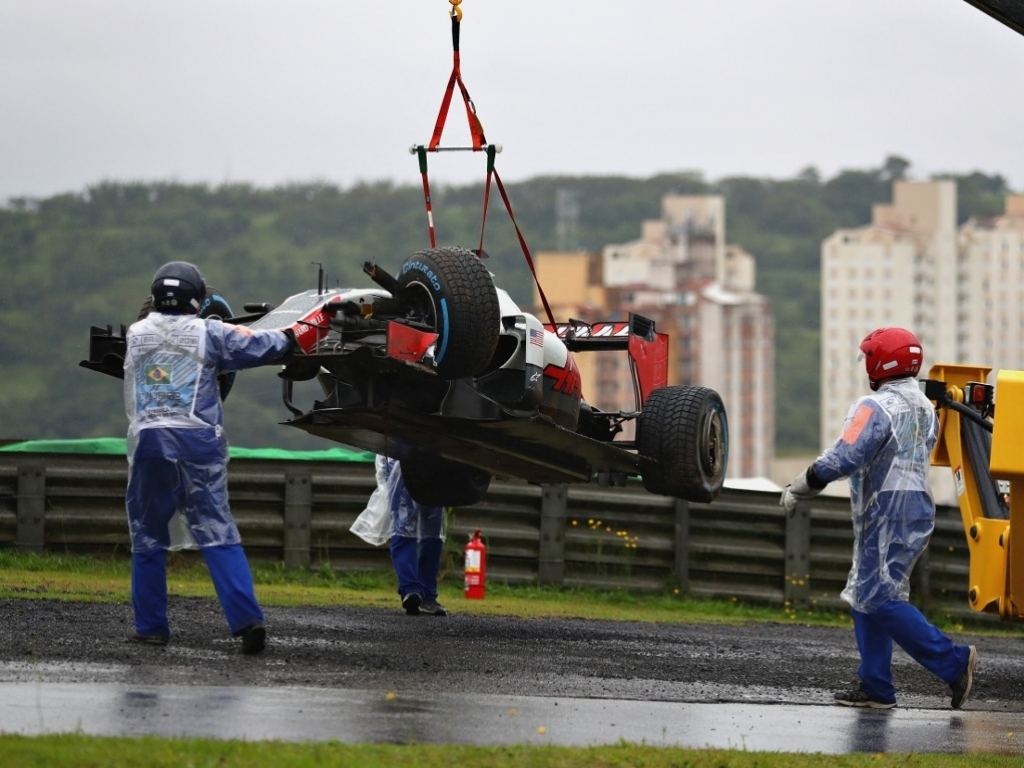 Having qualified seventh for the Brazilian Grand Prix, Romain Grosjean’s race ended on his way to the grid as he crashed in the rain.

The Haas driver was hoping for a strong having shown good pace in qualifying, making it into Q3.

However, it all came to naught when he lost control on an out-lap.

Grosjean went off in the rain and hit the wall at Turn 14, damaging the front left of his Haas.

“Conditions were hard but the car was not behaving too badly.

“I was just doing laps to the grid, not even flat out.

“I picked up wheelspin like an ‘on/off’ switch, not pushing at all.”

He added: “We need to improve the wet tyres because losing the car in a straight line is something quite bad.”

It was a big hit for Grosjean as he revealed it was “30Gs, so it was a bit impact.”