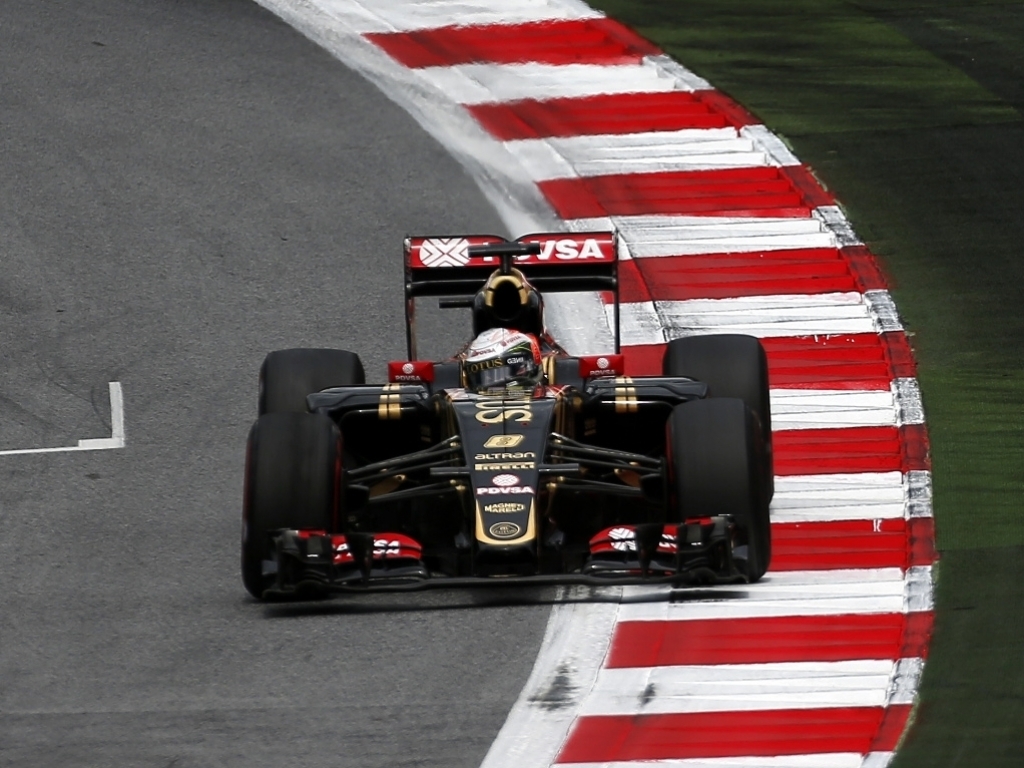 Romain Grosjean has vowed to fight all the way to the chequered flag as he turns the wick up at his final race with the Lotus F1 team.

The Haas-bound driver could sign off his Lotus career with a third top-ten showing in the Drivers' standings but needs a solid result in Abu Dhabi to achieve that.

Locked in a battle with Nico Hulkenberg and Max Verstappen for that position, Grosjean must score three points more than the German on the day while also staying ahead of rookie racer Verstappen.

"I'll be fighting all the way," Grosjean stated.

"There's no point holding back in the race or over the weekend. It's the last time the E23s will be used in race action so I'll be looking to give my car a good send off.

"The engine will be turned up to eleven, I'll be racing my heart out and I know all the guys and girls at Enstone want to see a great end to the season."

And although the Frenchman has known for a while that he'll be leaving the team, he concedes it will nonetheless be an emotional send off as he brings to an end a six-year relationship with the Enstone team.

"Of course the priority over the race weekend is to score as many points as possible, but it will be quite poignant to be having my last meetings, meals, track walk and other things with the team.

"I've shared so many good and also so many character-building times through my years at Enstone so we’ll have some good laughs. Of course, before I leave Enstone I will make a visit to the factory to see all the people I’ve worked with over so many years. I’m sure that will be an emotional day."