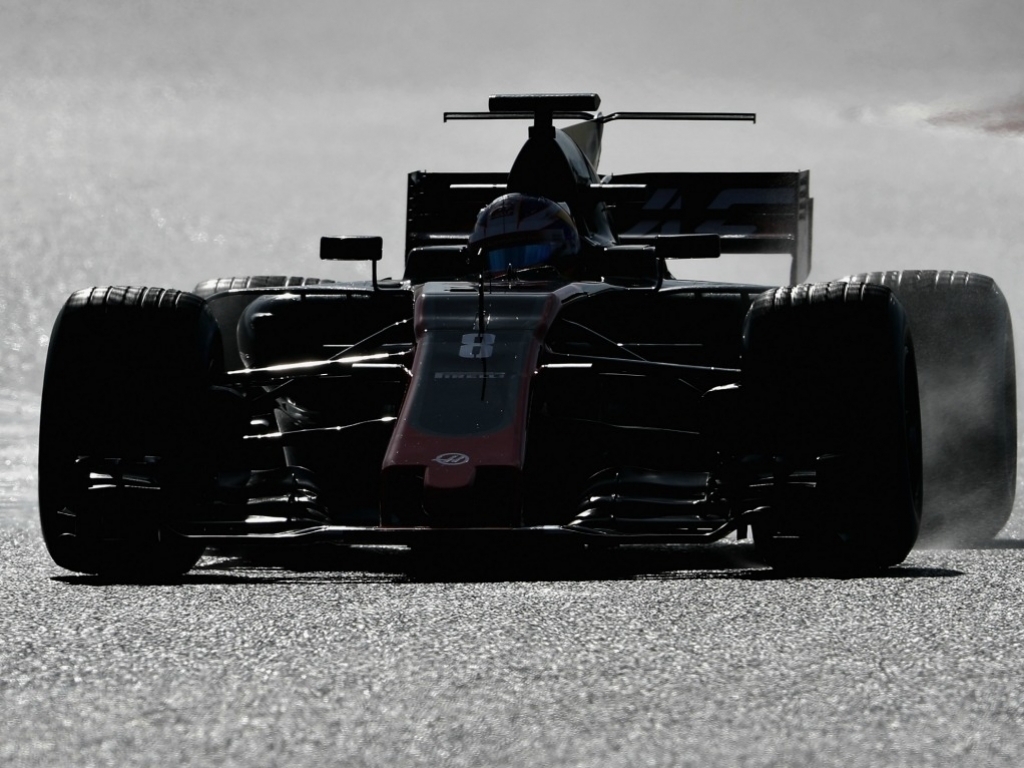 Haas' Romain Grosjean believes Pirelli have made progress with their wet tyres for 2017, but the intermediates are a cause for concern.

The fourth and final day of the first in Barcelona has been set aside for wet weather simulation and Grosjean spent the lunch hour giving an insight into the conditions out on track.

“It is quite interesting the wet,” Grosjean told reporters.

“There is a lot of progress made from last year. We haven’t had too much overheating with the rear and the temperature is staying in. The warm up was okay-ish.

"The intermediates are really good for one lap and then they get destroyed a bit too early – so some work is to be done. But generally it’s a good step from where we ended up last year.”

“It wasn’t the most efficient I think – but we tried at least,” he said.

“We didn’t do that much running because they had to wet the track and it really dried pretty quickly, so was straight into inter conditions.

Stopped in the box. @RGrosjean's latest stint sampling the inters takes him to 68 laps on the day. ???? #VF17 pic.twitter.com/lcMDqtkZpb

Grosjean also said that the lack of cars out on track is due to worries over having a costly crash, with new parts at a premium.

He added: “I went out one run on full wets and one run on inters to see how the car reacts and it went quite okay and I was happy with that.

“We couldn’t test very deeply regarding aquaplaning, so I think we will find out during a race weekend.”