Home Uncategorized Grosjean: It is not a big deal 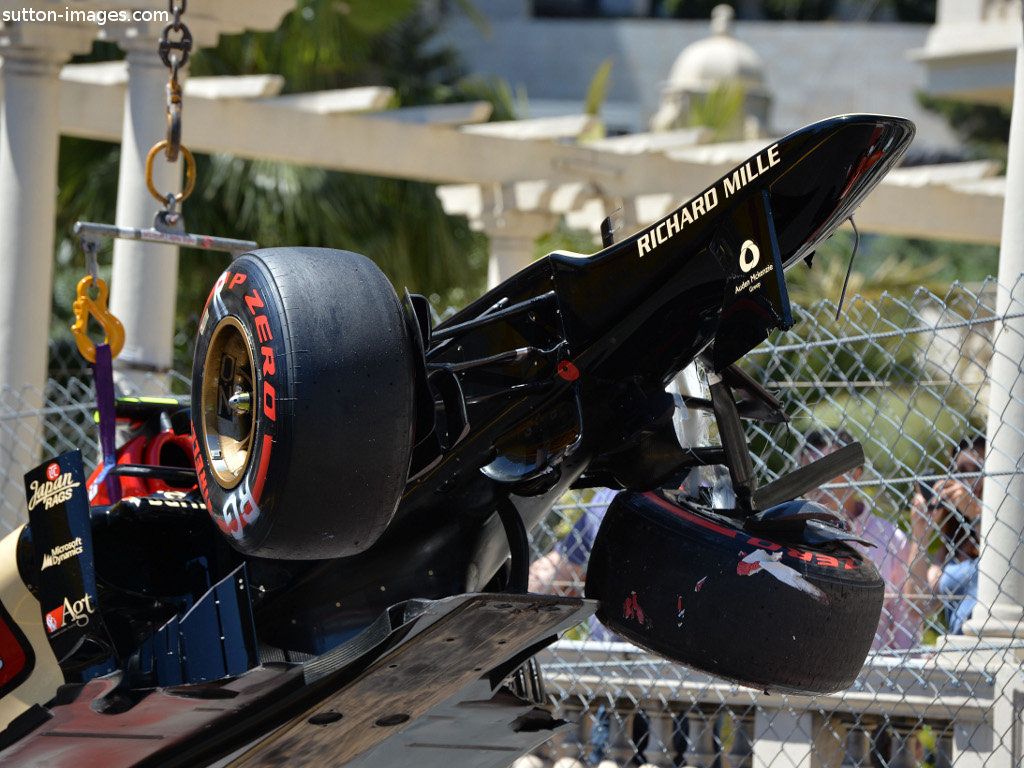 Romain Grosjean has downplayed his practice crash in Monaco, insisting it did not dent his confidence….

Romain Grosjean has downplayed his practice crash in Monaco, insisting it did not dent his confidence.

Grosjean locked up into the corner and could do little to stop his E21 from smacking the barriers, damaging the left front of the car.

But despite losing track time, Grosjean is adamant his shunt won’t hurt his chances this weekend.

“It is not a big deal. It’s a bit of a shame, as we lost some time, but the confidence is there,” he said.

“I locked when I was already into the corner so unfortunately there was nothing I could really do.”

Grosjean finished the sesssion seventh quickest, one place behind his team-mate Kimi Raikkonen, both drivers within a second of Nico Rosberg’s P1 time.