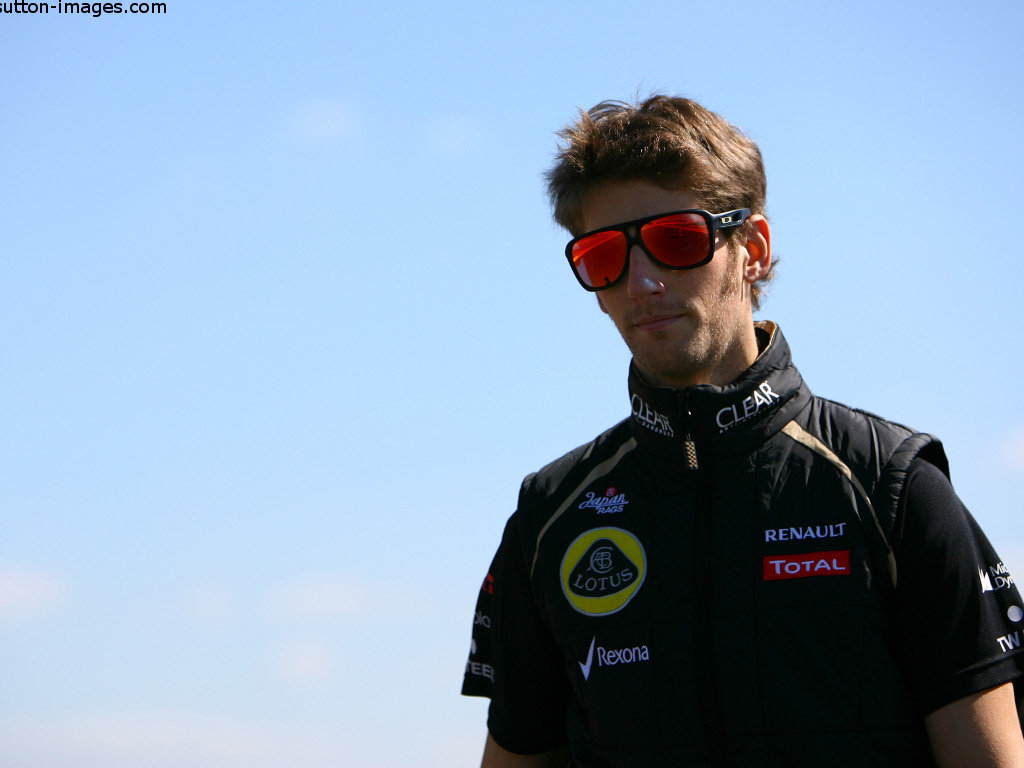 Grosjean has been involved in no fewer than eight first lap incidents already this season, many of which he has been penalised for.

The Lotus driver was even handed a one-race ban for the Italian GP after taking out several drivers, including Fernando Alonso and Lewis Hamilton, at the first corner at Spa.

That, though, did not seem to teach the Frenchman the lesson as in Japan he was back at it, crashing into Mark Webber.

Donnelly, who at times takes the role of driver representatives on the stewards panel at race weekends, reckons the problem is that Grosjean is more used to sprint races than long hauls and therefore attempts to win at the first corner.

“You could say that he has just been unlucky if it had been once or twice but to have seven in, I think it was nine races at the time, it is more than just bad luck,” the former Lotus driver told Sky Sports.

“I had a long chat with his manager Eric Boullier in Korea and he said what they have to try and instil into Grosjean’s head is that when you consider his career to this point, everything he has done – from Formula Renault 2.0, Formula 3, GP2 – have technically all been sprint races, where the starts are important and do make a difference.

“It is not like F1 where you have got the DRS Zone, you have got tactics from the team to get you out of traffic and it is an hour and a half to two hour race and they aren’t won on the first lap as they are in two-litre and F3.

“He has got to get himself into that mind-set where if he loses one or two places at the start, then fine, so what, if he gains two, great. But it is not the end of the world – teams can readdress their strategy in a race situation to try and leapfrog them in pit stops or go from a two-stop to a one-stop and cars in grand prix are also temperamental so they can breakdown.

“The fact that he has been in an environment where everything is about the first lap, he has to readdress that mentality and I read that he recognises that now, that it isn’t a sprint, it is a two-hour race and to finish first, first you have to finish and points make prizes.”