Home Uncategorized Grosjean not focused on the future 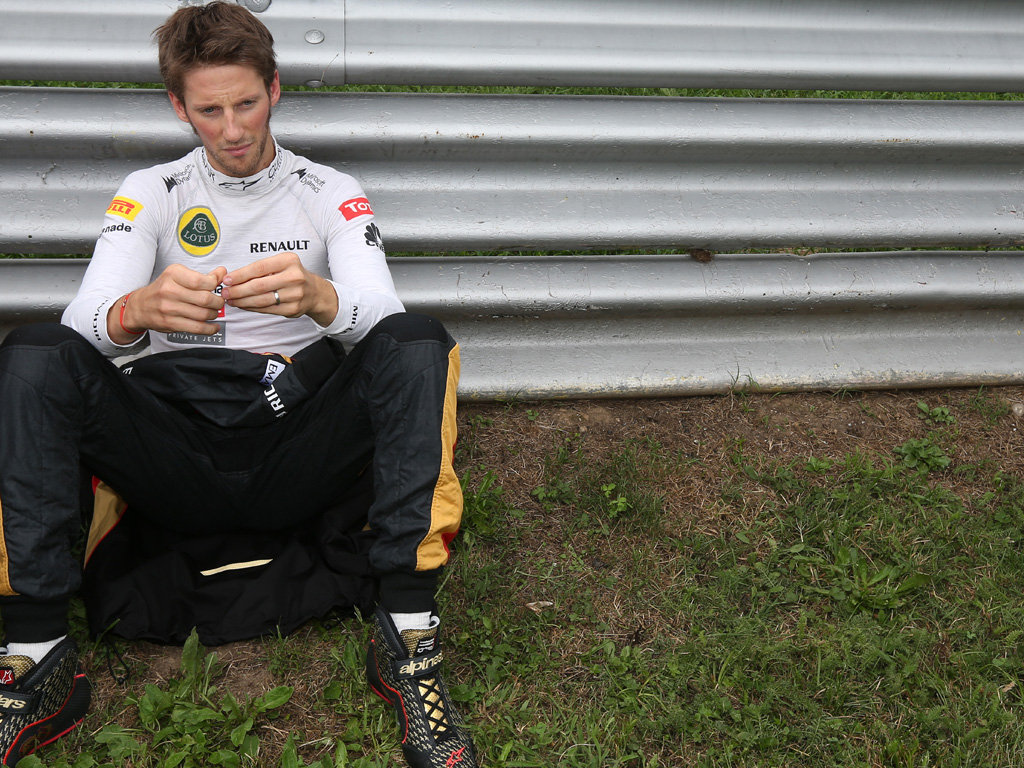 Romain Grosjean is refusing to let rumours about Lotus affect him, adamant he’s just concentrating on the racing…

Romain Grosjean is refusing to let rumours about Lotus affect him, adamant he’s just concentrating on the racing.

Last week, it was announced that the Frenchman’s team-mate Kimi Raikkonen would be leaving Lotus at the end of this season to return to Ferrari.

Almost immediately speculation began about who could replace the Finn next season.

Nico Hulkenberg and Felipe Massa are believed to be leading the running while the situation could be good for Grosjean as Lotus will most likely want to retain at least one driver.

The 27-year-old, though, says he’s not thinking about the future.

“I am keeping focused on this season by doing the best job I can for the team and showing my value on track,” he said.

“We have some fantastic races ahead and it’s going to be a busy couple of months.

“I’ll be pushing to do the very best job I can and I know the race team and everyone at Enstone wants to finish this season with the strongest results possible, so naturally we want to get back on the podium as much as possible.”

Grosjean’s first opportunity to do just that will be this weekend in Singapore, a race that he reckons should suit the characteristics of his E21.

“It’s a very high downforce track and that seems to suit us best as we saw in Budapest,” he said. “In terms of the tyres I think we should be looking good too.

“Certainly, we should be able to perform stronger than at the last two races which haven’t always suited our car.

“It’s a fun layout to drive, with the last section being my favourite part of the track. It’s certainly a physical race, with lots of kerbs, some bumps on the track and frequent use of the brakes.

“It’s certainly not a circuit with a long straight where you can take a rest! The layout and the fact it’s a street course don’t make it easy for a driver or the engineers.

“It can be difficult to find the amount of grip you want so we have to work hard to get the setup working well. There isn’t much margin for mistakes as the walls are very close, but this does mean that there’s a great feeling when you get a good lap as it’s very special to be driving at the limit around a street course.”