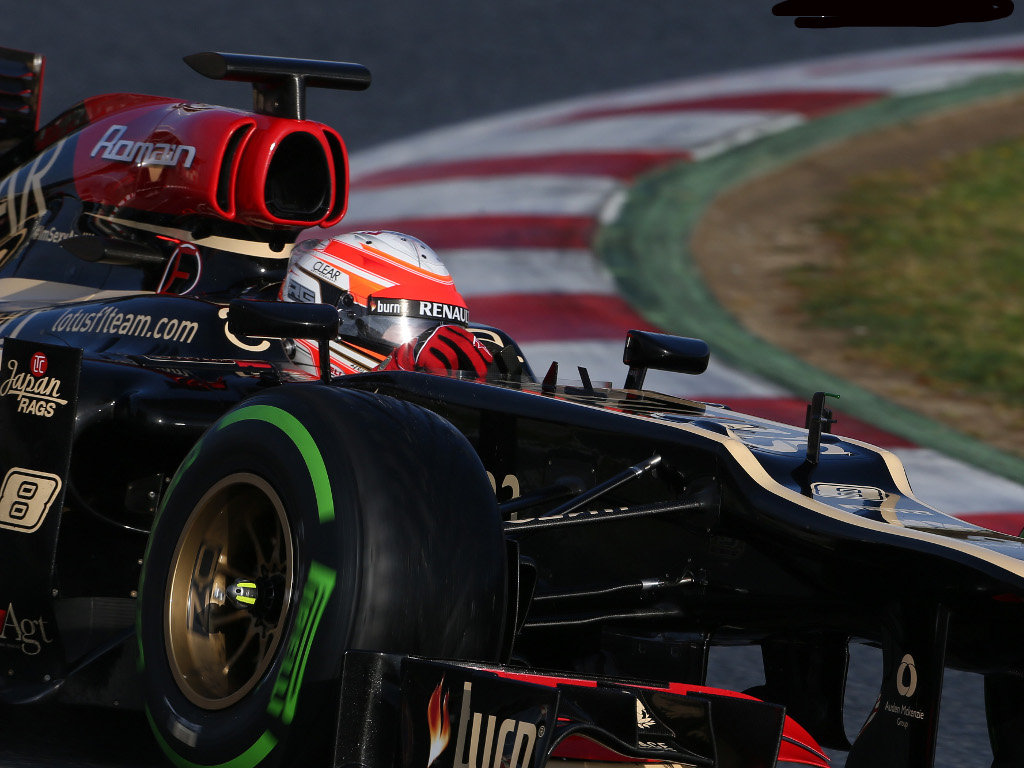 Romain Grosjean fears he won’t be 100 percent ready for the upcoming season after losing valuable track-time in the rain on Thursday.

The Frenchman was in action on Day One of the final test at the Circuit de Catalunya but covered just 52 laps due to the poor weather.

Grosjean’s best time for the day was over 10 seconds off the pace as the Lotus driver, who tested the team’s DDRS device, did not set a time in the dry.

Although he will be back in action on Friday, more rain is forecast, adding to Grosjean’s concerns that he won’t be fully prepared for the new season.

“Not really,” he said when asked if he would be ready another just one more day out on track.

“We spent quite a lot of time on doing things that was good for the team and the car, but normally the last testing is done for you to work with your engineers on fine-turning with the car to have a baseline set-up for Melbourne.

“And basically with that weather we had today, and tomorrow, this is not possible.

“So hopefully somehow it’s dry tomorrow and we can work on a few things that we want to test and we know we cannot do them on the race weekend.”