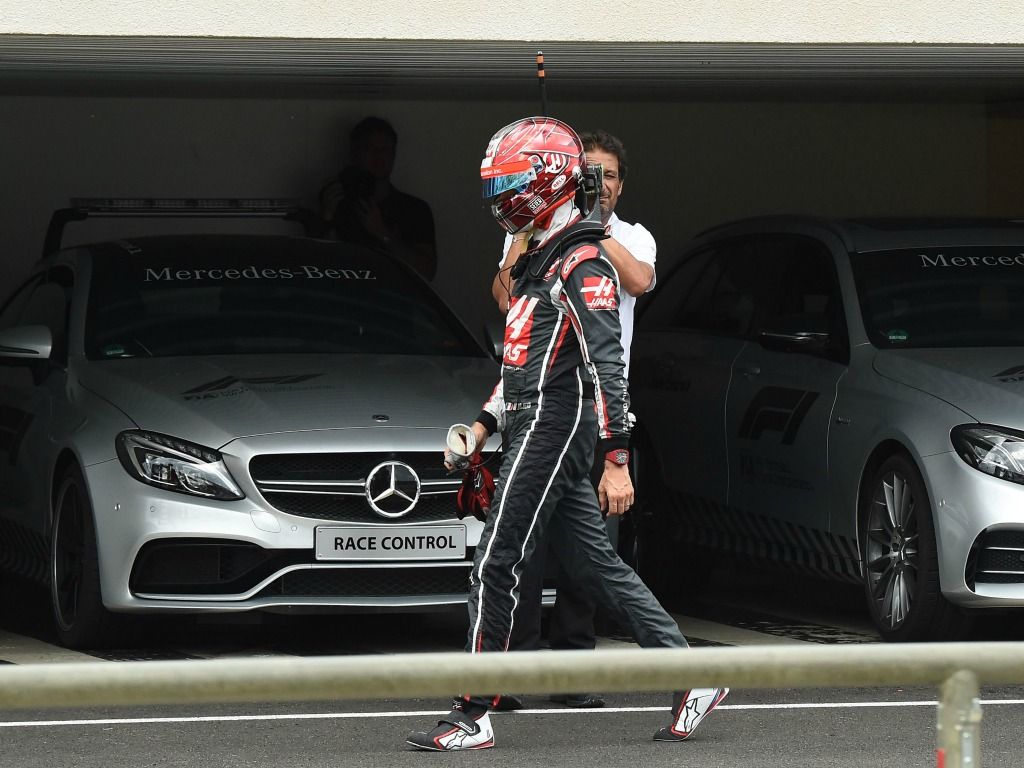 Romain Grosjean looked all set to take P7 on Saturday afternoon, a position he had been in for almost every session up to that point until he span early on in Q3.

However, the Frenchman lost control of his Haas on the exit of Turn 3, and span off, hitting the barriers on the outside of Turn 4.

Grosjean was going for the ‘best of the rest’ spot, but is unsure as to why the car snapped on him during his first run in Q3.

“I went into Turn 3 and lost the rear end,” Grosjean said. “There is no obvious reason so we will investigate to understand a bit more.

“We will look at the data. I was pretty much doing as I was before, so it is a bit strange. It is frustrating,” the Frenchman said.

His crash disrupted team-mate Kevin Magnussen’s first run in Q2, and the pair eventually ended up P9 and P10.

This was just another example of the terrible luck that the Haas team have had throughout the 2018 season thus far.

“We have not had much luck since Australia,” Grosjean admitted. “I was hoping this weekend would run smoothly and that was not the case. It is not what we wanted.

“But there is the race tomorrow, and we are going to do our best to come back and get P7, where we should have qualified,” he said.