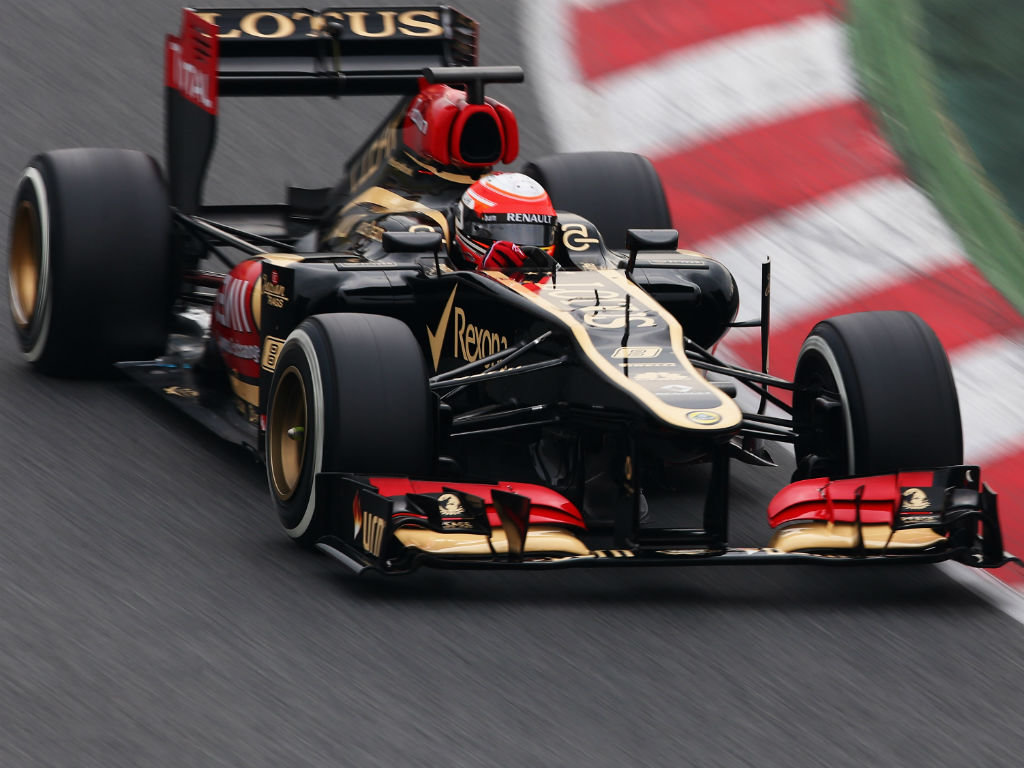 Romain Grosjean revealed that carrying out a race simulation with the new Pirelli rubber was “very hard” due to the high degradation.

The Frenchman spent Thursday afternoon lapping the Circuit de Catalunya as he covered a race simulation.

“[It was] hard, very hard!” said the Lotus driver.

“The tyres degrade a lot, I think in the first stint I came on to the radio on lap two saying ‘the tyres are dead’ but I had 66 laps to do so you try to do your best, try to adapt your driving style; it’s not easy to be honest.

“Then I think the conditions don’t help, or are not representative of what we should get.

“The cold here doesn’t make it easy for the tyres but it’s very different to what we had last year and we need to change quite a lot of things to make it work perfectly.”

Asked about his 24-lap run on the medium tyres – his longest stint on one set of tyres – he said: “That was quite an impressive stint.

“We tried to work as hard as we could and speak with the guys on the radio to see what we could do to help the tyres last longer.”