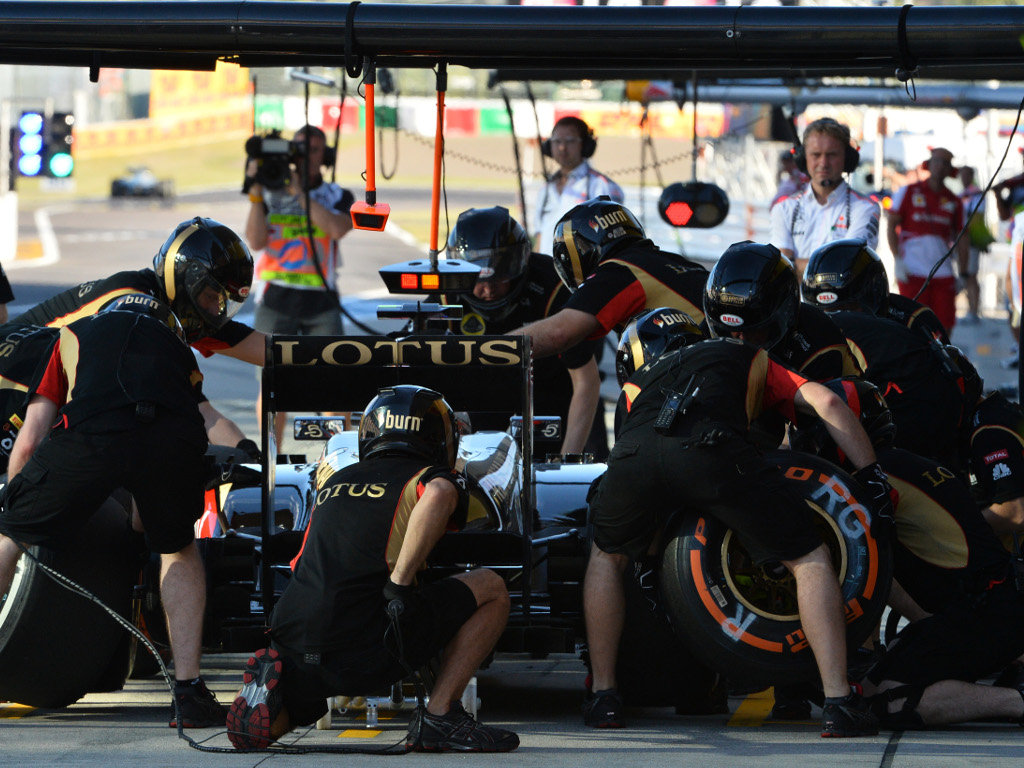 Romain Grosjean was happy with his performance in qualifying as he not only mixed it up with the Mercs but he also beat Kimi Raikkonen.

The Lotus driver, who is determined to prove himself as his teams lead driver for when Kimi Raikkonen leaves at the end of this season, showed some impressive pace in qualifying for the Japanese Grand Prix.

“It was a good qualifying,” he told the BBC.

“It was a difficult day yesterday, I wasn’t happy with the car but the team found some pace. We showed we were competitive on both compounds.

“We knew we would be right with Mercedes. We are here and happy to be in the top five.”

However, it wasn’t just mixing it up with the Mercedes drivers that put a smile on Grosjean’s face as he was also three-tenths clear of Raikkonen.

“I’m not going to lie, it’s always good to be in front of team-mate but what I really want is to win races.”