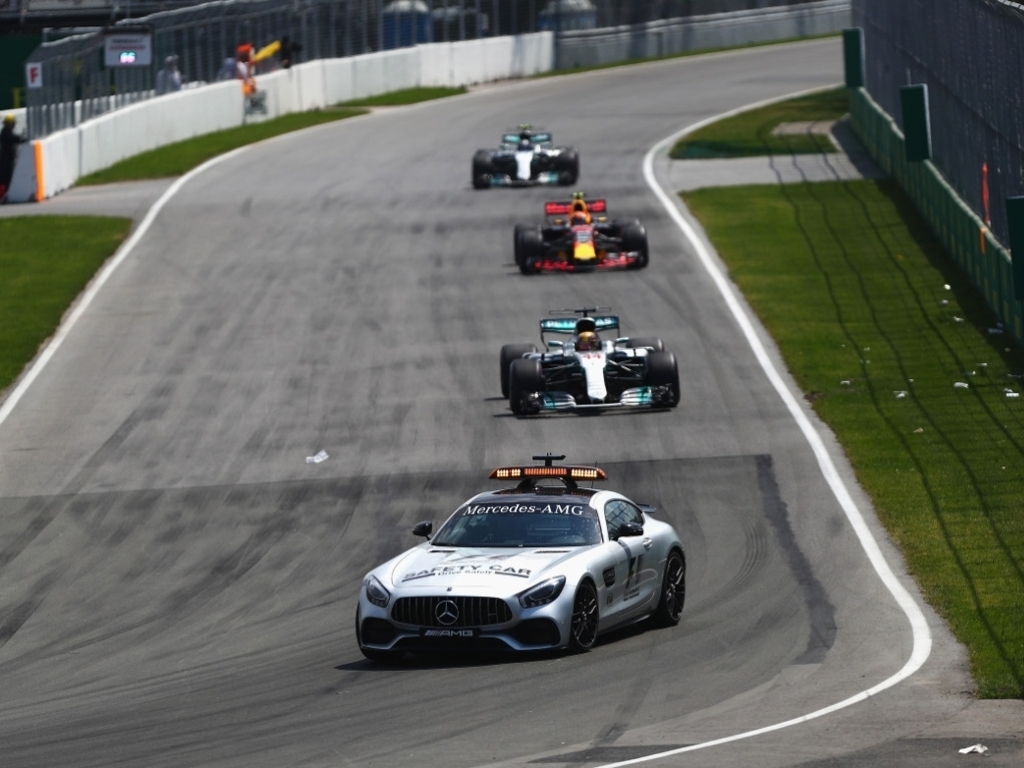 Romain Grosjean has reflected on a "pretty dangerous" start to the Canadian Grand Prix after Carlos Sainz made contact with him on the exit of Turn 2.

The Spaniard would go on to smash into an unsuspecting Felipe Massa to prematurely end his race, too, while Fernando Alonso was also forced off the track before the Safety Car came out.

"There's not much to say. I was on the inside, Carlos was on the outside and then he turned twice to the right," said Grosjean.

"First I went on the grass, and I managed to come back on track and he hit me a second time.

"It's pretty dangerous to me. Luckily there wasn't much more happening in Turn 3 because it could have been pretty bad."

Sainz, meanwhile, claims he did not see Grosjean in his mirrors.

"I never realised a Haas was in my dead angle in the mirror and we collided and I was simply a passenger into Felipe, probably the most unfortunate guy out there today apart from Romain and myself," Sainz said.

"Exiting Turn 2 I checked the mirrors, I saw the Renault and another guy two or three car lengths behind and I didn't put them in consideration when I was attacking Fernando [Alonso] and suddenly I had Romain there.

"If I look back now there's actually nothing I could have done differently because when I checked my mirrors I never saw Romain on the right side."