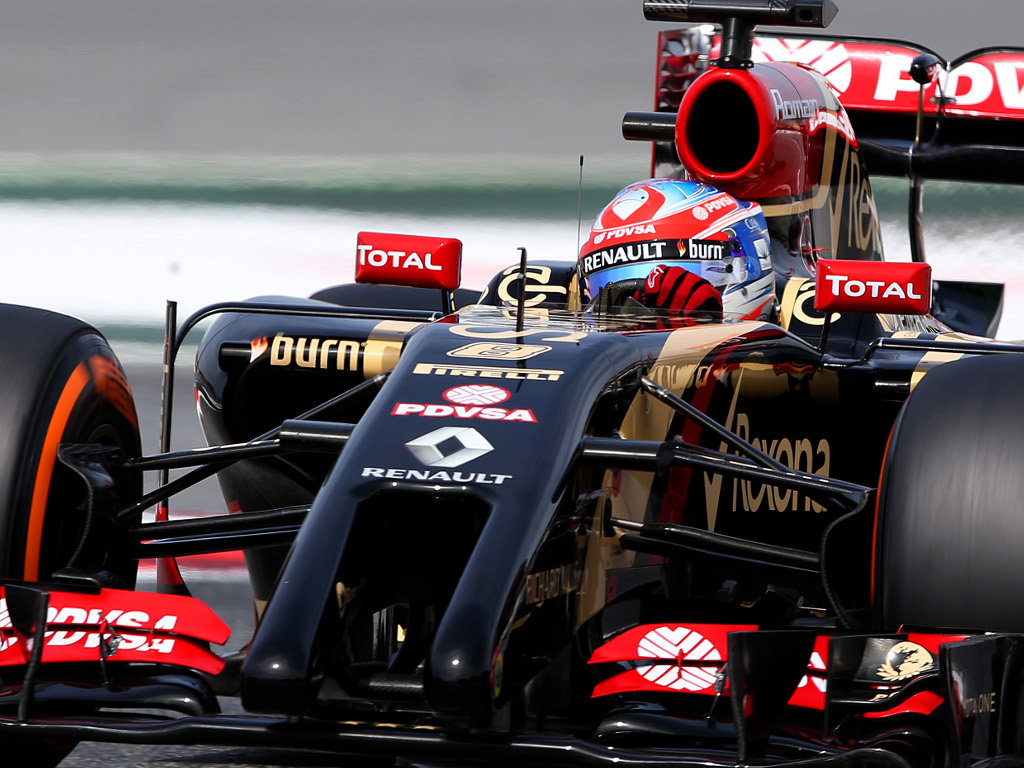 Chasing his first points of the season, Romain Grosjean says it would be “nice” to not lose positions in Sunday’s Spanish GP.

On a weekend when Lotus finally found pace and reliability, the Frenchman worked his way well inside the top ten, qualifying in fifth place.

However, given that Lotus have yet to score a single point this season, it remains to be seen whether Grosjean can hold onto the position or whether he will drop.

Asked if he was confident of keeping P5 during the race, he told ESPN: “That would be nice. We will do our best.

“Yesterday [Friday] the long run from Pastor looked pretty interesting, plus I did a less longer one which was good as well.

“I was something like P8 which was nice but I knew we had something more.

“I think we benefitted because Seb couldn’t get a lap in Q3 but in general but it would still be sixth so I’m happy.

“I think there is still more to come from fuel, from engine mapping performance and an easier way to change the switches and that will come.

“Everyone is working to try and get a little bit more.”

Slowly making their way back towards the front of the field, Grosjean is hoping that it is only a matter of time before podiums become a possibility.

“If we keep doing steps like this one from China then probably,” he said.