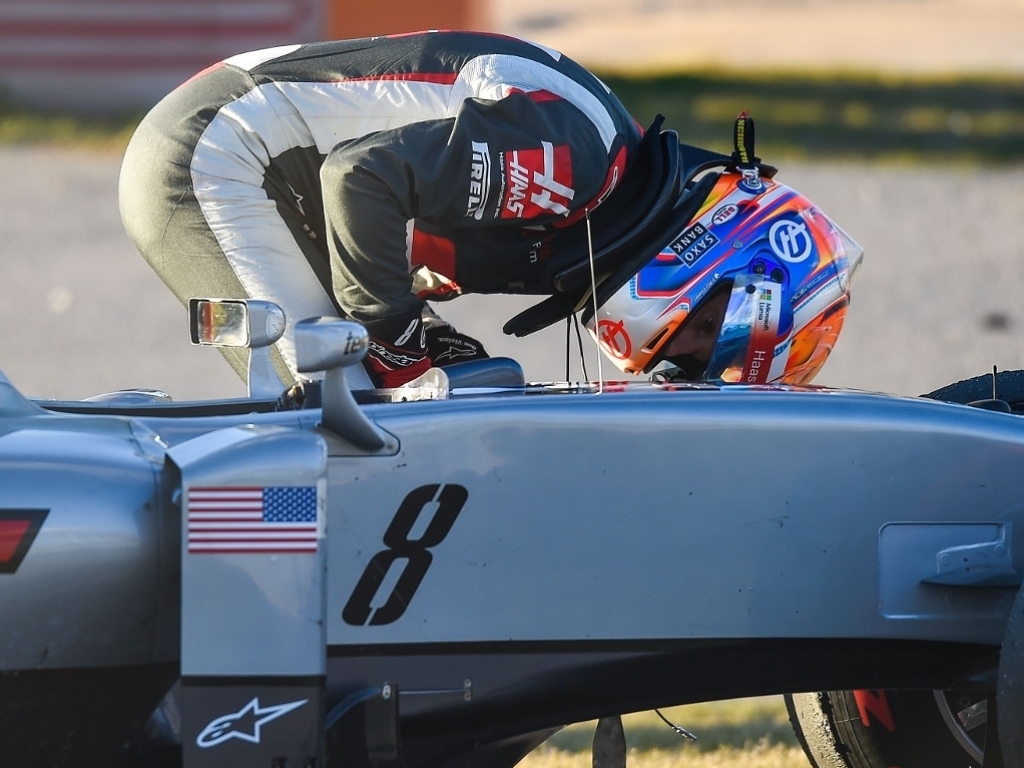 Romain Grosjean has revealed that it was Haas' brake-by-wire issues that caused his red flags during Thursday's running in Spain.

The Haas driver was responsible for three stoppages on the penultimate day of testing as he struggled to keep his VF-16 on the track.

His first red flag was for beaching the car in the gravel at Turn 4 as he locked up, the second took place at Turn 1 as he spun the car while the final stoppage was the result of the car grinding to a halt late in the afternoon at Turn 10.

Explaining what happened at Turn 1, the Frenchman admitted that his earlier incident at Turn 4 had rocked his confidence which led to him braking too early.

He said: "[It was like] someone pulled the handbrake at the end of the straight!

"I wasn't 100 percent confident when I got back on track and had to brake for Turn 1. I probably braked 20 metres earlier than I should, but it's part of the life.

"We knew we would have problems. I did not expect to spin at 300 but it happens sometimes."

Grosjean is hoping that Haas will find a fix overnight with a better solution coming into time for the season-opening Australian GP.

"This is a very, very complicated system. We had a problem in 2014 with Lotus.

"I know the car is going a bit quicker this week so we are finding more issues on that system and we need to get on top of things because that's hurting us in terms of preparation, performance and setting up the car. But we're on it.

"I think it will be solved for Melbourne. Hopefully overnight we can do a big update.

"We have really seen today what's the problem and for the first time we know where it comes from, so hopefully for tomorrow [Friday] we have some fix. That will help us a lot."